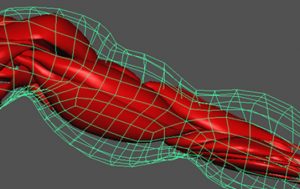 Background: Since 2008, BU researchers have been tackling the problem facing animation studios of producing high-quality virtual characters within a short time scale. BU developed two new techniques to improve skin deformation (the representation of skin and its transformations and movements); was a partner in a European Commission-funded project looking at geometric modelling, image processing and shape reconstruction; and worked with Humain Ltd to develop new techniques of facial blendshapes. The findings of the BU research team comprise:

Before developing the new techniques, getting a 3D virtual character into production took anything from a few days to a few months. The new techniques enabled Humain Ltd. to reduce the time frame for creating models with realistic facial expressions from 30 days to minutes, resulting in significant time and cost savings.

As well as saving time, BU’s new techniques helped make the company’s workload more streamlined and efficient. Producing high-quality 3D virtual character requires experts, modellers and animators from different disciplines to work together, and involves heavy and time-consuming manual operations in the production process. The new methods have been integrated into the company’s product offerings, transformed its facial development pipeline from a labour-intensive process by highly specialised artists to a simple command line interface everyone in the company can run.

Transforming Humain Ltd.’s ways of working changed its external reputation – the techniques developed by BU researchers at the company enabled them to work with world-leading organisations in the technology and entertainment industry, such as Activision and Google. They also contributed to the successful delivery of a £500,000 project to Microsoft and served as the basis for a successful application to the Audience of the Future Immersive Technology Investment Accelerator in 2019. Over the past three years, the company has worked on 16 different projects, generating revenue of more than £1 million. 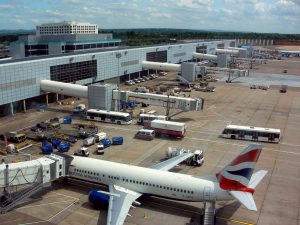 Background: Economic impact research has evolved since the 1970s with the use of input-output models, although these typically estimated static economic impacts are limited in their applicability. Building on these earlier models, Professor Blake was one of the first to introduce computable general equilibrium models to tourism economics. More recent research at BU, in which Blake was instrumental, extended and enhanced economic impact modelling in the following ways:

BU research was instrumental in the UK government’s 2018 decision to progress with building a third runway at Heathrow. The Airports Commission funded Professor Blake and Dr Seetaram to investigate the economic effects of various forms of future airport expansion in the UK. Building on Professor Blake’s previous use of economic modelling by purpose of visit and nationality, they constructed and used an econometric model of tourism demand into and out of the UK, with different estimations of elasticities based on mode of transport and destination (for UK outbound) or origin (for UK inbound). These estimates were then used to construct and test a spatial dynamic computable general equilibrium of the UK economy. The spatial element contained different regions of the UK, with the South East and the local areas around both Heathrow and Gatwick airports included as separate regions. The dynamic element followed the model methodology developed by Professor Blake.

The results from BU’s modelling formed part of the evidence base that led to the Airport Commission deciding to support a new runway at Heathrow instead of expansion of Gatwick or extension of the current Heathrow Northern runway. In June 2018, based on this recommendation, the government formally approved plans for the new runway at Heathrow. In the final announcement of this approval, the Secretary of State for Transport gave the wider economic benefits as one of the key benefits of the Heathrow expansion

Overall, BU’s development of a novel, robust economic modelling technique provided the Airports Commission and the UK government with a more accurate and detailed analysis of the airport expansion options than could otherwise have been obtained. This led to a much greater evidence base for the decision over airport expansion, and to more confidence within government about the option to be chosen. The modelling approach that was developed has expanded the capability of economic impact modelling to analyse the impact of proposed major investment projects in the future.