The Arts and Humanities Research Council (AHRC) funded Reading on Screen project held two workshops recently; one at the University of Brighton (22-24 September) and one last weekend (14-15 October) at Sheffield Hallam University. 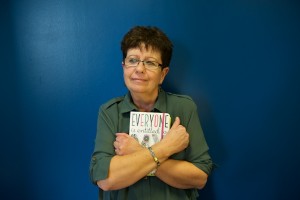 we were fortunate to be included in the programme for Off the Shelf, a literary festival that runs throughout October in the city featuring some high profile authors, including this year Robert Webb and Henry Blofeld.  We also took part in Brighton’s Digital Festival, showcasing some of the stories and also featuring some of our storytellers in a lively discussion about the future of reading in the digital age.

The stories produced in the workshops are now available for viewing on the project website and we welcome comments!

An exhibition of the stories is 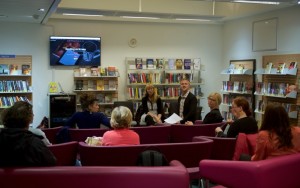 planned for December 15 in Brighton’s Media Centre. Here we will be featuring the stories we are producing based on photographs and audio recordings captured during the workshops.  We will also be hearing from some of the storytellers from all three workshops (Bournemouth, Brighton and Sheffield) about their experiences of the workshops and how this opportunity has opened new doors for them.