This journal paper, ‘“Is it realistic?” the portrayal of pregnancy and childbirth in the media‘, was published in 2016 in the Open Access journal BMC Pregnancy & Childbirth [1].  This interdisciplinary and cross-faculty BU paper was initially rejected by two media journals that didn’t seem to value systematic reviews as a method in their discipline.  In 2016 BU funded the cost of Open Access publishing in BMC Pregnancy & Childbirth.  The paper has since been cited 50 times in SCOPUS (measured 11 May 2021); it has been submitted to REF 2021 in two different Units of Assessment – Allied Health Professions, Dentistry, Nursing and Pharmacy and Communication, Cultural and Media Studies, Library and Information Management. 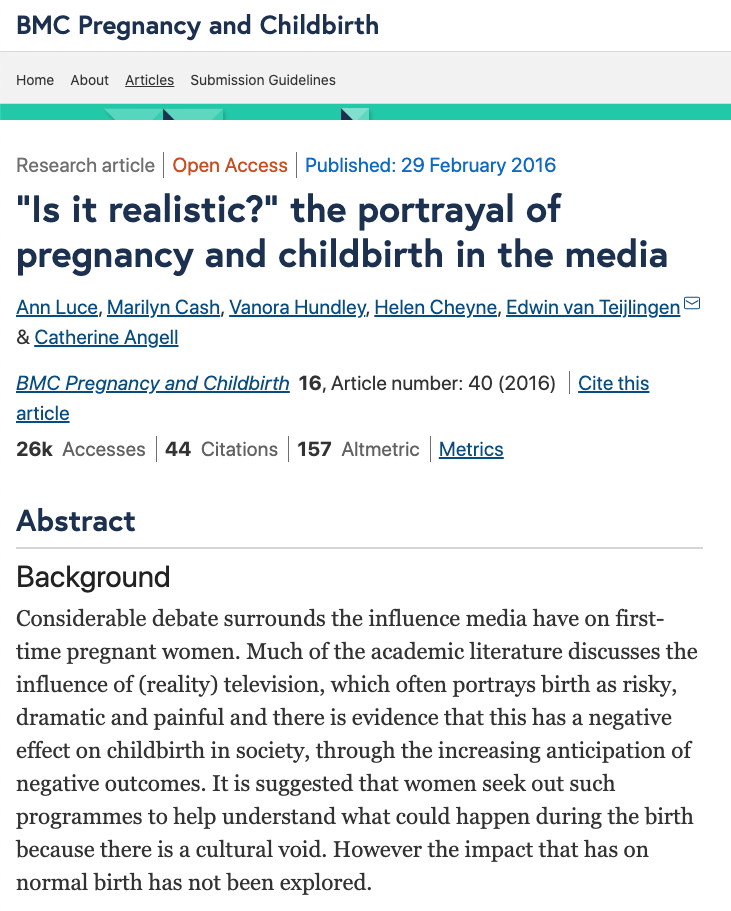 ResearchGate, the professional network for over 20 million scientists and researchers from all over the world, informed the authors last month (27 April 2021) that ‘“Is it realistic?” the portrayal of pregnancy and childbirth in the media‘ has been read 1,000 times. 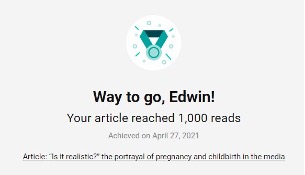 Professor van Teijlingen believes that the success of Open Access publishing is often in the longer-term.  Between a paper getting published and being cited by fellow academics can easily take some years.  Funding Open Access publications is a long-term investment by BU.