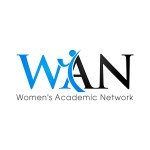 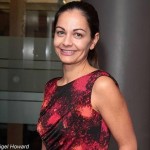 Bournemouth University’s Women’s Academic Network (WAN) met at the Executive Business Centre to celebrate International Women’s Day (IWD) on 6 March 2015.  It provided space for reflection on WAN’s next steps at BU and recognition about women’s progress since the early 20th century. Indeed, the first official day to recognise women’s contribution to society was held in 1910 in Copenhagen, and this was a precursor to gradual policy change across Europe to support women’s suffrage and the right to work.  International Women’s Day, as we know it now, is a more recent development launched by the United Nations in 1975.

Our guest speaker for International Women’s Day was Siobhan Benita, Chief Policy and Strategy Officer, at Warwick University’s Department of Economics, and co-director of the Warwick Policy Lab.  Prior to joining Warwick, Siobhan achieved significant results as a senior civil servant who also led gender balance and diversity policies across Whitehall.

A quick Google of images when typing in the search terms ‘vice chancellor’, ‘FTSE chief executive’, ‘permanent secretary’, ‘MP’, or indeed, any major influential role in British society and the pictures that emerge are still overwhelmingly of middle-aged men clad in the classic grey business suit.

Siobhan recollected that when she joined Civil Service Fast Stream 15 years ago, one of her team found an old letters file from the HR archive. It was from women begging to be reinstated to their Civil Service jobs after their fiancés had jilted them before their wedding day. The file was from 1973; at the time Home Civil Service rules stipulated that women resign from their posts if they intended to get married.

Thirty years later, Siobhan has overseen changes that would have been unthinkable a decade earlier. Achieving greater diversity at all levels in the Civil Service has also ensured that policy design works better, because it reflects the fabric of the UK’s communities better.

What made the difference was that Siobhan was given active support from the Cabinet Secretary and Head of the Civil Service, Sir Gus O’ Donnell, who also wanted to make equality and diversity a visible and measurable outcome in how the Civil Service operated. The class system was a particular challenge to overcome.  Sir Gus made it a performance requirement for all Permanent Secretaries (CEO’s of government departments) to demonstrate that they had promoted suitably qualified and talented women and people from diverse backgrounds to senior roles.

This also meant that every government department had to provide annual diversity league tables and facilitate women’s networks in the Civil Service.  Fantastic women, who later were recognised for their excellent work, were promoted including the World Bank economist Nemat ‘Minouche’ Shafik, who became Permanent Secretary, DFID.  It is one of the most demanding posts in government with its 24/7 response to global crises, yet Minouche negotiated a workday that allowed her to also manage her family responsibilities. By 2011, as a result of this culture change, gender balance was achieved in almost 50% of senior civil service posting, including some of the more traditionally challenging areas such as the Home Office, MOD and Health.

One of the philosophies behind the policy was that any targets set, needed to work at all levels of the organisation, not just the top.

After stepping down from the Civil Service in 2012, Siobhan took a leap of faith and stood as an independent candidate during the Mayor for London elections opposite Boris Johnson. Her manifesto represented communities and young people. She received no funding and had no party machine behind her, yet still managed to achieve 250,000 votes, coming fifth, behind the Liberal Democrat candidate, Brian Paddick.

This was quite an achievement, as at the time, it was almost impossible for an independent Mayoral candidate to achieve airtime at the BBC. Siobhan campaigned with the BBC Trust to incorporate the Electoral Society rules in their decision-making on representation, as their campaign reports focused almost entirely on the Johnson/Livingstone/Paddick offer. As a result of Siobhan’s personal intervention, the rules have been changed to include independents.

It didn’t also help that the press coverage for Siobhan’s campaign, even with solid briefings on policy, budget and planning were left out, while Siobhan’s role as a mother, her clothes, hairdo made up 90% of any feature. This made it very difficult for her to explain how her policies differed from the other candidates..

Siobhan culminated her presentation with her contention that BU’s WAN network should ensure that its objectives were visible and continually at the forefront of university decision-making.  She praised WAN’s work at BU and urged everyone – men and women across the university, to keep plugging away to achieve change.

Professor Tiantian Zhang, Head of the Graduate School at Bournemouth University, gave WAN members the latest update on BU’s Athena Swan submission to achieve equality in both science and academic research.  Significant effort had gone into building evidence to support BU’s application and WAN’s contribution and objectives had made a significant difference to its Athena Swan application this time around; keeping up WAN’s visibility and impact would be important in the future.

This led to facilitated table discussions from WAN members about its future goals and meetings.  One of the suggestions to support BU achieving the Bronze Athena SWAN award was a campus to campus procession of BU academics in October, as it was a visible statement of progress.

Several ideas for events were suggested, including joint meetings with WAN groups from other universities to share knowledge and best practice and taking forward the Action Learning Sets.  A presentation to the BU Executive and academics from Sir Gus O’ Donnell might also be helpful in achieving a framework that could lead to some useful outcomes.