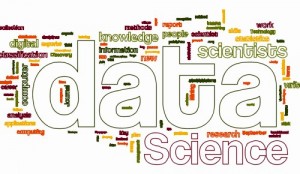 UK Government has identified Data Science as the ‘transforming and growth driving force across all sectors of economy’ and named Big Data as one of the ‘eight great technologies’. With an unprecedented growth in digital content and data, as the digital universe in 2020 is estimated to be 50 times as big as in 2010, we have entered a new era of predictive analytics and data intensive computing. Following our very successful event organised as part of the Festival of Learning (FoL) in 2014, researchers from the SMART Technology Research Group at BU offer this FoL 2016 workshop with talks from excellent invited speakers, an interactive panel discussion and a chance to meet data science experts from academia and industry.

Please register at: https://microsites.bournemouth.ac.uk/festival-of-learning/events/data-is-king-lets-talk-about-data-science/ and join us during this exciting event.

14.30 – 15.30 – Data Science in the Academia by Prof. Richard Everson (Professor of Machine Learning, University of Exeter)

Detlef Nauck is the head of data science research in BT’s Research and Innovation Division located at Adastral Park, Ipswich, UK. He is leading a group of international scientists working on Intelligent Data Analysis and Autonomic Systems. Detlef’s interest is making data analytic techniques more widely available by automating analytics and embedding them into systems and processes. His research focusses on developing new ways of analysing data to achieve better insights and how to conduct analytics professionally and responsibly. Detlef is a Visiting Professor at Bournemouth University and a Private Docent at the Otto-von-Guericke University of Magdeburg, Germany. Detlef holds an MSc (1990) and a PhD (1994) in Computer Science both from the University of Braunschweig, Germany. He also holds a Habilitation (post-doctoral degree) in Computer Science from the Otto-von-Guericke University of Magdeburg, Germany (2000). Detlef has published over 120 papers, holds 6 patents and 30 active patent applications.

Richard Everson is a Professor of Machine Learning at the University of Exeter. Richard graduated with a degree in Physics from Cambridge University in 1983 and a PhD in Applied Mathematics from Leeds University in 1988. He worked at Brown and Yale Universities on fluid mechanics and data analysis problems until moving to Rockefeller University, New York to work on optical imaging and modelling of the visual cortex. After working at Imperial College, London, he was appointed lecturer at Exeter University in 1999, where he is now a Professor of Machine Learning. Research interests are in machine learning, statistical pattern recognition, multi-objective optimisation and the links between them. Particular current interests are in optimisation in wireless and mobile networks to maintain quality of service, in automatic analysis of video and accelerometer data for inferring behaviour of animals (funded by NERC and the Open Innovation Platform) and people (with the Royal Devon and Exeter Hospital), and in modelling big data storage sytems (with the Met Office).

Mike Tipping is Professor of Data Science in the Institute for Mathematical Innovation at the University of Bath. His early research interests focused on neural and probabilistic methods for data visualisation, and later broadened to include more general machine learning methodology and Bayesian statistical inference. Before his recent appointment at Bath, Mike spent several years in industry: eight years at Microsoft Research (Cambridge), six years running an independent statistical consultancy and, most recently, two years as Director of Science at Cambridge analytics start-up Featurespace. Over the years he has worked on diverse topic areas, ranging from the more fundamental (such as the “relevance vector machine”) to the more applied (the AI system for Microsoft Xbox franchise “Forza Motorsport”).

Nuno Almeida is founder and CEO of Nourish, leading designers of products for care co-ordination and self-management of medical conditions and frailty. Nuno is a serial entrepreneur, passionate about the potential for technology to improve how care is delivered, and a vocal commentator on trends in social and health care. Nuno holds a firm belief that a combination of well-designed digital systems, internet of things and artificial intelligence can play a large role in making health and social care systems more sustainable. Nuno holds an MSc in Robotics and Artificial Intelligence, and is currently focused on applications of data analysis for improving quality of care.