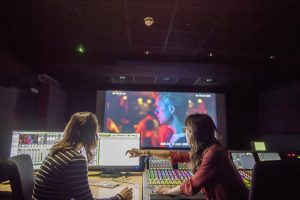 The role and social importance of TV and film during this pandemic has been much commented on. But how healthy is this industry? The good news is that this sector has been expanding at more than three times the rate of the wider economy, generating an annual trade surplus of almost £1 billion.  The less good news is that this expansion has been at the expense of its most valuable resource – its skilled workforce.  The preliminary report from our State of Play survey, undertaken shortly before Christmas and published today (11 January 2021) contains some shocking revelations.  The picture to emerge is one of an industry rife with unfair recruitment practices, a chronic lack of diversity, poor management, lack of professional development opportunities, entry-level exploitation (including unpaid work), mental health issues, and susceptibility to a culture of bullying… The list is a long and depressing one.  As one participant told us:

More than a third of our respondents told us they would have chosen differently had they known at the start of their career what they now know. It’s a far cry from the more familiar narrative about the joys of being creative, and work associated with self-actualisation. A summary of these findings has been published by Broadcast today.

None of this will come as much of a shock to scholars in the field of media industry studies (or indeed those of the Creative Industries more broadly).  The past decade has seen a steady flow of research suggesting that all is not well.  What has changed since the arrival of Covid-19, is that people are now seem to be much more willing to talk about it.  For a long time there has been a reluctance to discuss these systemic issues outside the academic community, and a tendency to dismiss them as ‘just the way the industry works’.  The publication of this report comes at a time when many in the industry are finally asking the question ‘why does it have to be the way the industry works?’  That makes it an exciting time for media industry scholars to be contributing to the debate.

The State of Play survey is a collaboration between BU’s Faculty of Media and Communication, the industry union Bectu, and the professional association Viva La PD. Bectu and Viva La PD are currently engaged in crucial discussions with major broadcasters, streamers and production companies, for which this research will provide critical insight.

The State of Play preliminary report is available here.