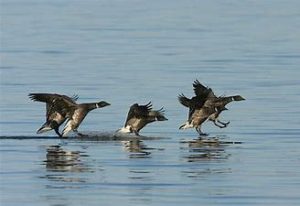 Background: The development of BU’s unique computer modelling software, known as MORPH, addressed the need for a robust method of predicting the effects of a diverse range of activities (e.g. housing and port development, shellfishing, recreational pastimes) on legally protected bird species. MORPH creates virtual versions of real ecosystems, including realistic ways in which animals respond to changes in their environment.

BU’s research on diverse bird species globally, conducted with former colleagues at the Centre for Ecology and Hydrology (Furzebrook/Winfrith), provided the basis for MORPH’s detailed understanding of the behaviour and ecology of coastal and wetland birds. Although it is a single piece of software, MORPH can simulate multiple systems, and, in effect, learns how to mimic different environmental conditions, species behaviour and physiology. This flexibility is key, as it means MORPH can be applied rapidly to a diverse range of systems without any time-consuming changes to its underlying computer code.

It is initially set up for present-day conditions for which the behaviour of birds in the real system is known. Its predictions are then compared to observations to determine whether it represents the system with sufficient accuracy to reliably inform decision-making. The environment within MORPH is then changed to predict how changes in the real world may impact the birds, with the results used to inform decision making. MORPH is a rare example of a model that is able to make such predictions accurately, relying on the fundamental evolutionary principle that both model and real birds will always behave in ways that maximise their chances of surviving and reproducing.

Since 2007, MORPH has been used to model 25 bird species in 22 sites in Australia, USA, Europe and the UK – BU’s Individual Ecology website details all applications of MORPH, funders, publications, species modelled, issues addressed and conservation recommendations. The model is increasingly being used by industry, conservation NGOs and government organisations to improve the cost effectiveness of their work, set sustainable fishing quotas, and understand the impacts of new developments and human activity on the birds.

Digitisation of tourism and hospitality marketing: towards smart ecosytems 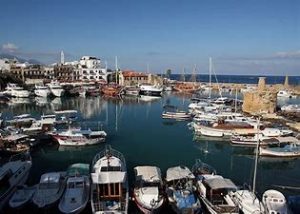 Background: Professor Buhalis has spent the past 20 years researching how Information Communication Technologies (ICTs) can revolutionise marketing in tourism and hospitality. Since his arrival at BU in 2007 his key focus has been how to use digital technology to engage with the consumer; and how tourism organisations and destinations can develop their competitiveness and improve their profitability by developing smart networks. His research during this period has focused on:

Individual tourism practitioners and organisations have applied insights from Professor Buhalis’ research to enhance profitability and competitiveness.  His work on co-creation has informed social media strategies for hotels across the world, enhancing their online brand reputation, improving customer engagement and increasing repeat business. These brands include:

Professor Buhalis has worked with more than 100 national governments and tourism bodies to develop e-tourism strategies, strengthen the competitiveness of destinations, and increase tourism revenue. This includes: Visit Britain, the British Hospitality Association, Tourism Australia, the Ministry of Tourism in Jamaica, the African Tourism Leadership Forum, the Ministry of Tourism in Oman and the Agency for Development of Human Resources in Cyprus, a country where he has trained more than 1,000 hotel owners and managers in the creative use of social media.

Professor Buhalis has acted as an adviser to the UN World Tourism Organisation (UNWTO) since 2006, which has helped him to put technology and digital at the top of the tourism agenda globally.  In 2018 the UNWTO’s World Tourism Day was themed around digital technologies, with the UNWTO stating that Buhalis’ research was “a major feature” in the debate around big data, artificial intelligence and digital platforms, which all form a “central part of the solution to the challenge of marrying continued growth with a more sustainable and responsible tourism sector”.

During the pandemic Professor Buhalis has collaborated with the UNWTO, TravelDailyNews, hotel associations and other media organisations channels to facilitate more than 150 online live sessions and discussion forums, training industry and governments around the world on how to use smart technologies to restart tourism, adopt hygiene protocols and communicate dynamically with stakeholders.