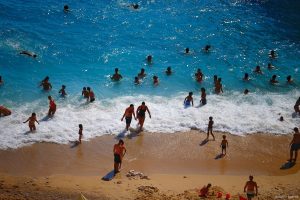 Background: Associate Professor Hillingdon is a leading expert in the area of terrorism and its impacts on tourists and tourism destinations. Her work, funded by both the World Bank and the United Nations World Trade Organisation, has offered a number of key insights:

With global online travel company Travelzoo, Dr Hillingdon worked on the design and analysis of a survey of 6,000 consumers worldwide to investigate consumer perception of safety and security on holiday. Combined with her previous findings about tourists’ risk perceptions, this informed a major media campaign in 2015-2017. In more than 100 interviews with national and international media, Dr Hillingdon conveyed that, while terrorist attacks might contribute to a decline in tourism in a specific region, demand would simply go elsewhere. The research was also published in the White Paper, “State of Play: the Impact of Geopolitical Events on International Tourism in 2017”, which concluded the tourism industry and governments should unite to provide clearer information on the safety and security of tourism destinations. In 2017, the UK Foreign Office announced the removal of the terrorism threat level descriptors used at the time, to be replaced with more information about the predictability, context and mitigation of any threat.

Encouraging countries to invest in tourism after terrorist attacks

Dr Hillingdon worked with the World Bank in 2018 to investigate the effects of terrorism on tourist development and growth in Central Asia. As a result of data collected from a survey of tour operators, as well as her own comparative research on the actions governments can take to mitigate the impact of terrorist activities on their tourism sectors, Dr Hillingdon was able to provide evidence which led to a full risk analysis. The project concluded the impact on tourism of specific terrorist attacks was likely to be negligible unless further attacks took place. The tourist sector in Central Asia was encouraged to continue its development, and it was noted this would reduce the likelihood of future attacks as it would decrease the poverty that makes countries like Tajikstan an easy recruitment target for groups such as ISIS.

Dr Hillingdon contributed to a major NATO research project aimed at deepening understanding of so-called hybrid threats and exploring how to assess them. This work, together with her focus on the need for a strong, resilient economic infrastructure, fed into a handbook on the most effective ways to counter hybrid warfare, now in use by the UK and 13 other governments worldwide. 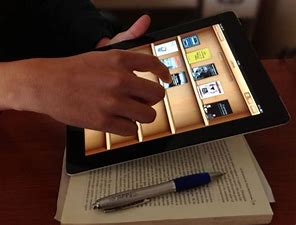 Reading on Screen: enhancing the benefits of reading through engaging with digital technologies

Researchers at BU have challenged the negative perceptions around digital reading, providing insights into how and why people read on digital platforms. This has led to the development of innovative methods which capture how technology has enriched reading, enabling new social and cultural benefits.

The research was prompted by Thomas’s early work on fanfiction – a form of narrative which has exploded in popularity on the internet, and which enables fans to create their own stories about characters or plots. Thomas applied theories and methods developed by media and cultural studies scholars, revealing how fanfiction challenged boundaries between authors and readers, creation and interpretation. She also extended this approach to the study of online literary communities, using a combination of interviews and analysis to show a thriving, productive virtual culture.

An AHRC-funded project in 2012 investigated how people read online, as well as the insights and opportunities digital platforms provide for education and the creative industries. Some of the findings were that a preference for printed or e-books depended on genre, and that posting creative work in online forums boosted confidence.

The AHRC Research Network Award (2013-2015) brought together 29 academics and consultants from multiple disciplines to review existing scholarly models for researching reading practice. From this, the network developed innovative techniques adapted to analysing digital reading and prioritising engagement with readers both on- and offline. Building on the findings from the network, BU analysed activities in literature forums, detecting behavioural patterns to understand how users interacted with each other. They found that groups connect users with shared interests, allowing them to shape discussions themselves, and that moderators play a crucial role in shaping group identities and maintaining community bonds. Collectively, this work demonstrated how digital platforms have altered yet enriched reading.

In 2017/18 Thomas established the Reading on Screen project, with the University of Brighton, the Reading Agency and DigiTales, a participatory media company. Readers from a diverse range of backgrounds aged 18-87 created digital stories capturing their experiences of reading in the digital age. The project demonstrated how engagement with the digital, far from being confined to younger generations, is in fact also delivering extensive benefits for the older population. It also highlighted how both digital and print reading practices and preferences are shaped by local cultures and environments but that these can change through life experiences and intergenerational interactions. The project achieved the following impacts.

Thomas worked closely with the ‘Axe the Reading Tax’ campaign led by the Publishers Association, with the Book Trust and the National Literacy, to develop a new campaign strategy based on highlighting how the tax affects the most vulnerable. The Chancellor announced that VAT on digital publications would be removed from December 2020, although it was ultimately removed earlier, on 1 May 2020.

Benefits to organisations and charities

The Reading Agency delivers a range of programmes to more than 1.4 million people a year and applied the insights from BU’s research – particularly how and why people read on digital devices – to their own work. DigiTales runs digital storytelling workshops with young people, refugees, and the homeless. After working on the Reading on Screen project, they adapted their facilitator training and workshop model to reflect the requirements of working alongside academics with specific research questions in mind. The project also directly led to the organisation working with other universities and provided traineeships for two participants.

For the participants who created the Reading on Screen stories, finding their voice was a transformative experience. An unforeseen impact is the beneficial effect workshops have on participants with complex social/health issues in terms of social inclusion and emotional resilience. They had no prior experience of using digital technologies in creative contexts and described how the project increased their feelings self-worth and achievement, with some developing resilience and others enjoying increased social interaction.