Today, Nature Communications published a long-expected Matters Arising in response to a 2021 paper in the same journal: “A new hypothesis for the origin of Amazonian Dark Earths“. The new paper, involving more than 50 leading scholars involved in research on prehistoric Amazonia, affirms a human origin for the dark earths found throughout the central and eastern Amazon basin.

Amazonian Dark Earths (ADEs) are distinguished by their exceptional fertility and richness of archaeological remains. Evidently produced by various kinds of human activity, including but not limited to manuring, rubbish deposition, and biomass burning, they are a distinctive feature of later indigenous settlement of the Amazon river basin. 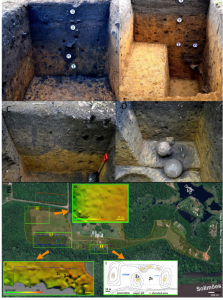