Welcome to The Friday Prof-ile – a chance to get to know some of our recently appointed Professors and Associate Professors a little better. Every Friday, we’ll be asking a different person the same set of questions to get an insight into their life, work and what makes them tick. 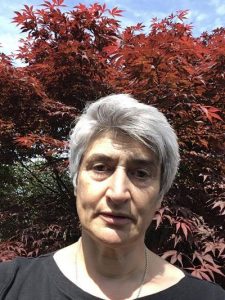 What are your research interests? What made you want to study these areas?

I have two distinct areas of research interest. I’m interested in strategies of narrative and representation in film and television texts – particularly, though not exclusively, the representation of women in popular action genres. For me analysing these texts is a kind of cultural archaeology, helping us understand something about the culture that has produced them – and is, in turn, informed by them.

I’m also interested in working conditions in the film and television industries, a more recent development that springs directly from involvement with students who are ambitious to work in those industries and graduates who find themselves facing unexpected challenges.

What has been your career highlight to date?

Seeing work published in two leading journals and an important new book series as well as two well-received industry reports all within a few months – the cumulation, of course, of work over the past three years.

What are you working on at the moment?

An article on bullying as a systemic issue in the U.K. television industry, a book chapter on the return of a septuagenarian Linda Hamilton as Sarah Connor in Terminator: Dark Fate, and an AHRC funding bid…

If you weren’t an academic, what would you be doing?

What do you do to unwind?

What’s the best thing about Bournemouth?

If you could pick any superpower, what would it be and why?

The ability to clone myself so I can do three jobs at once – because there is never enough time!

If you were stranded on a desert island, what one luxury item would you take with you?

A giant box of teabags – I can’t function without tea.

What advice would you give to your younger self?