Tagged / The business of screenwriting 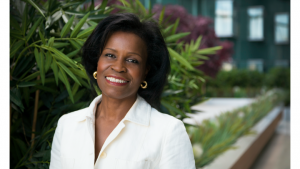 On 5 May 2021, as part of the guest-speaking series in the Media Production department here at Bournemouth University, Dr. Samantha Iwowo had the opportunity of inviting Hollywood screenwriter, Misan Sagay, for a conversation with students and academics. This British-Nigerian filmmaker is a member of the Academy of Motion Pictures Arts and Sciences and BAFTA, respectively, and also chairs the Academy European Committee. One of Misan’s screenplays, Belle (2013), chronicles the life of Dido Elizabeth Belle Murray, a true-life aristocratic woman of mixed heritage in 18th Century UK. Produced by TSB Entertainment and BFI, and distributed by Fox Searchlight, Belle is a seminal work on the filmic discussions of aristocratic persons of colour in the history of the United Kingdom. Amongst such growing conversations is the Netflix drama series, Bridgerton (2020 – ongoing), produced by Shonda Rhimes.

In this piece, Iwowo reflects on the conversation with this filmmaker, via the themes: The business of screenwriting; research in screenwriting and writing black stories. Misan’s writing journey is also invited, herein.

The Business of screenwriting
Misan discussed screenwriting as an art requiring an artistic voice, as well as an enterprise. This was in response to a question by BA Film student, Ben Francis, who wanted to know what her writing schedule was like: “Is it a classic nine-to-five job or is the screenplay done in hours when you feel creative?” Misan would share that the problem comes when it is approached only as an art, rather than recognising that it is also a business, underpinned by contracts. In this regard, therefore, the place of awaiting a writing inspiration becomes counterproductive: “If you wait for it [inspiration], it doesn’t come”, she said.

For Misan, getting into the habit of writing every day helps inspiration: “I think you should keep going and then it will come”, and developing this habit enriches the perspective that one is “a working scriptwriter, working to schedule.” She reminded that the job of screenwriting is often not appreciated for the “enormous task” of critical thinking it involves, thus requiring writers to enforce that discipline. The filmmaker’s position is shared by the Post-graduate Media Production, Framework here at BU, which fosters that directors respect the vision of the screenwriter, as screenwriting is not “putting one word after another” (Vieira 2009, p145), as Hollywood Executive, Irvin Thalberg, is on the record for saying.

Research in screenwriting
One of the questions which Deputy Head of Department (dHoD), Dr. Phil Mathews asked Misan was what she considered to be her process of writing a screenplay. The writer highlighted she ensures that relatively sufficient research time is written into her screenplay contract: “Lots of people want you to just get on with it – ‘start writing’ but that is not how it works.” Her choice of methodology entails primary (archival) research unlimited to maps, sculptures, paintings, and registers. According to Misan, this is particularly important when writing black stories. It comes across that her leaning towards source materials stems from this observation: “In England, we need to broaden our view of history.” Thus, she prefers “listening to the early voices.”

From some of Misan’s previous conversations, one can understand that by “early voices”, the filmmaker means, for instance, that when writing on the contributions of minoritised soldiers to WW I and II, one must prioritise data from “records of regiments” (Sagay, in Tillis 2015), rather than secondary sources which may reduce non-white soldiers to “footnotes.” Her example of the ethical research needed for balanced racial representation in historic films, echoes David Olusoga’s documentary, Unremembered (2019), which illuminates the sparse recognitions of black and Asian service personnel who died fighting for the British empire. Misan’s advice is equally strengthened by the recent apology by Defence Secretary Ben Wallace (Guardian News, 2021), on behalf of the British Government for its erasure of these minoritised war heroes.

Writing black stories
Misan also touched on the complex process of writing black stories aimed at diverse audiences. Such writing often requires a substantial “amount of world-building.” According to the writer, this becomes necessary for certain reasons: “Many audiences are not familiar with the black experience or are familiar with the false way they’ve been told it.” The decision of Misan to follow a career in filmmaking was instructed by observing underrepresentation and misrepresentation of black persons – especially women – in progressive positions. In point of fact, during the Oscars’ Dialogue roundtable, in September 2020, she said: “I did not see women who look like me, who behave like I do.” During her visit to BU, she iterated this. By this submission, Misan speaks for several minoritised persons who have long highlighted this gap in screen works.

Some of the works through which the screenwriter mediates issues of black representation, include her 1999 screenplay, The Secret Laughter of women, starring Hollywood’s Nina Long and British actor, Colin Firth. It underscores the determination of a young Nigerian mother in France, to be nurture an inter-racial relationship despite the reluctance of her family. Another is her 2005 script-adaptation of the momentous 1937 novel by Zora Neale Hurston, Their Eyes Were Watching God. Media mogul, Oprah Winfrey, would produce this piece which also stars Oscar award-winning actress, Halle Berry. In their collaboration on this film, Oprah Winfrey and Misan appeared to demonstrate they share a common storytelling trajectory – articulating narratives about black people, which are not confined to a history of enslavement and suffering, but of beautiful aspects of life unlimited to love and wellbeing.

Did this reflection mention that Misan has journeyed into filmmaking from practising as a medical doctor, in the Accident & Emergency (A&E) centre? While some persons may term this an unusual track into the arts, she prompts that there is a connection between screenwriting and writing a medical report as a physician, because, like a movie trailer, a medical report has to be written in a compelling format. Indeed, the last words, belong to the writer:

“[In medicine] A patient tells you a story, and you then have to, as a doctor, tell that story to other doctors or a specialist who you want to do some procedure on the patient, hence you must have the skill to tell the story in a concise, interesting way.” (Sagay in Tillis, 2015)