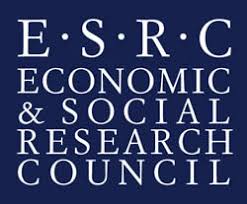 The ESRC, in partnership with the UK security and intelligence agencies, is pleased to invite proposals for the world-class interdisciplinary Research and Evidence Hub on Understanding, Countering and Mitigating Security Threats.

The aim of the Hub is to maximise the impact of existing research in order to inform approaches to countering contemporary security threats to individuals, communities, and institutions. High quality, innovative and ambitious proposals from interdisciplinary academic teams are sought which will work collaboratively with government agencies to maximise the impact of research, while retaining academic independence.

The Hub will work as a catalyst, bridging academic and UK security and intelligence communities. Its main focus will be to enhance and translate existing evidence to inform decisions aimed at mitigating security threats to individuals, communities, institutions in the UK, and to UK interests overseas – without displacing those threats to others.

It is intended that the amount available for the Hub will be up to £1.8 million at 100 per cent full economic cost (fec) per annum, of which 80 per cent (ie up to £1.44 million per annum or up to £4.32 million over a three-year period) will be covered by the UK security and intelligence agencies, through an ESRC-administered grant. Funding is intended to be available for three years, with a possible extension for another two years following a review.

Shortlisted proposals will be invited for interview in early July 2015. Funding decision will be announced in early August 2015, and Hub is expected to start in October 2015 or as soon as possible thereafter.