Being asked to examine a PhD thesis is a honour for most academics.  As an examiner you always learn something new.  If not about the topic itself, you may learn different ways of applying a research method or new theoretical explanations or even new ideas for supervising your own PhD students.  It is a joy to have an in-depth scientific discussion with a dedicated and motivated candidate. Usually the candidate is a little nervous, especially at the start of the viva, and I see it as one of my tasks as an examiner to help the candidate to relax a little. 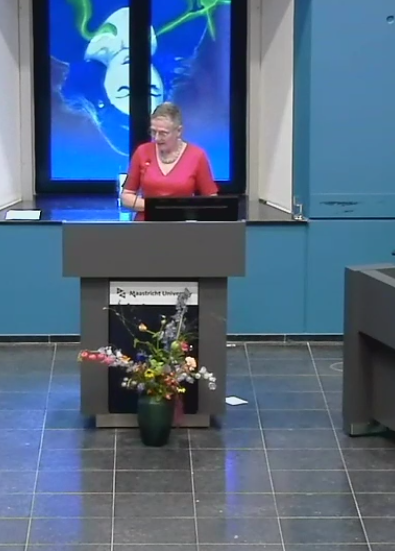 Today I had the pleasure of being one of the examiners for a PhD at the University of Maastricht (the Netherlands).   The PhD candidate (now Dr.) Franka Cadée was a little nervous according to her supervisors, although it did not show during the viva.

Interestingly, enough I also felt nervous!  Before today I had examined 50th PhD thesis in seven different countries.  However, I probably had not felt this nervous since my own viva nearly three decades ago.  Why was I nervous?  First, although I am Dutch and I have studied in the Netherlands and the UK, I had never attended a PhD examination in the Netherlands.  And PhD examinations really do differ between the UK and most northern European countries, especially the public defence of the thesis by the candidate in front of examiners, colleagues, friends and family.  Secondly, the candidate today is the president of the ICM (the International Confederation of Midwives).  Of course, this does not make any difference in the examination process, this candidate was treated the same as any other student would have been.  Thirdly, and most importantly, the ICM had globally advertised the public defence of Dr. Cadée’s thesis to midwives, maternity policy-makers, member of International Non-Governmental Organisations and maternity care providers and invited ‘everybody’ to watch on ZOOM.

I really think it was the latter that made me more nervous than the much more private UK PhD viva with perhaps five or six people in a small class room, or, these days, on ZOOM. 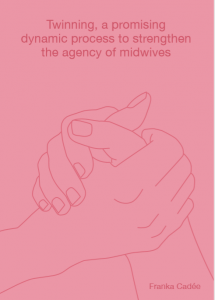 Finally, my congratulations to Dr. Franka Cadée on the successful defence of her thesis Twinning, a promising dynamic process to strengthen the agency of midwives.

One Response to “The PhD examiner”