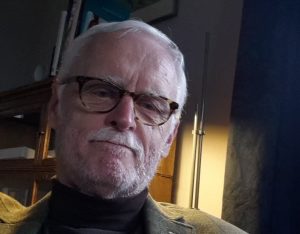 During the other half of his time in semi-retirement, Donald Nordberg, Associate Professor in the Business School, is revisiting themes from his early university education in English and comparative literature. A first product has emerged: New Writing, a Routledge/Taylor & Francis journal, has accepted his paper “Category choice in creative writing“. Fiction is a uniquely flexible form of writing, he writes, but the publishing world wants to drop works of fiction into buckets, which often come in pairs. The paper examines three such dichotomies. Writing coaches want to know: Is the work plot-driven or character-driven? Publishers, booksellers and popular critics ask: Is it genre or literary? Academic analysis wonders: Is it philosophical or psychological?

Using perspectives on heuristics and biases drawn from psychology and decision analysis, Nordberg examines similarities between these category pairs and shows how the distinctions blur, both in literary criticism and through empirical studies of reader responses. He suggests that by paying attention to the anchor-points in heuristics, writers can bend publishing imperatives and help works of fiction retain the ability to defy categorisation.