On 14 November 2020, Dr Xun He (Psychology), Dr Fred Charles (Creative Technology), and Prof Changhong Liu (Psychology) hosted an online event as part of ESRC Festival of Social Science 2020 (FoSS). Economic and Social Research Council (ESRC) is one of the main research funding bodies in the UK supporting social science research. This public event series is an annual celebration of the social sciences disseminating findings to the general public. In this event named “reading the room: how your brain judges the mood of a crowd”, Changhong, Xun, and Fred used interesting examples and demonstrations to showcase some interesting phenomena of face perception and research findings.

This collaboration between the three speakers is an interdisciplinary one, targeting a very interesting and important question of how human brains perceive the average emotion from a crowd, especially in realistic virtual environments. Changhong has decades of research experience on face processing; Xun is an expert on the electroencephalography (EEG) technique (also known as “brainwaves” to the general public) and neuroscience; Fred has expertise in affective interactive storytelling, virtual reality (VR) and Brain-Computer Interfaces (BCI). The three speakers, using their expertise in these various topics, took turns to cover different aspects of ensemble face perception, or in other words, how humans process the average perception of multiple faces. EEG and VR equipment were demonstrated and highlighted in the context of our research project (funded by British Academy).

This was the first public event I did online. To be honest, I was a bit anxious because there could be so many potential technical glitches during the event, not to mention that it would feel so different without being able to talk face-to-face to the audience in this unusual time. There were also technical considerations to take on board to run an engaging public event. The Public Engagement team of BU (particularly Adam Morris) helped us a lot in this process and made things much simpler – such a relief!

I planned to make use of some daylight in the morning of that Saturday. But alas – it was a gloomy day. I ended up using three lamps to make sure my face was well illuminated (picture below). Thanks for the great effort in the preparation for this event, everything went smoothly. About 120 people turned up to the event – this was quite a high number for ESRC FoSS events, particularly for a Saturday morning. The audience showed very enthusiastic engagements. For example, the audience asked us about 40 questions, some highly interesting and intriguing, not to mention the comments they produced in the chat panel. The event was planned for two hours, but eventually ended up lasting three hours beca use of the interest the audience showed towards the discreussion. Overall, this was one of my best public event experiences I have ever had.

The talk part of the event was recorded. If you missed the event and would like to give it a try, you can access it via this link (access passcode: +MZx686&). I hope you would enjoy it! 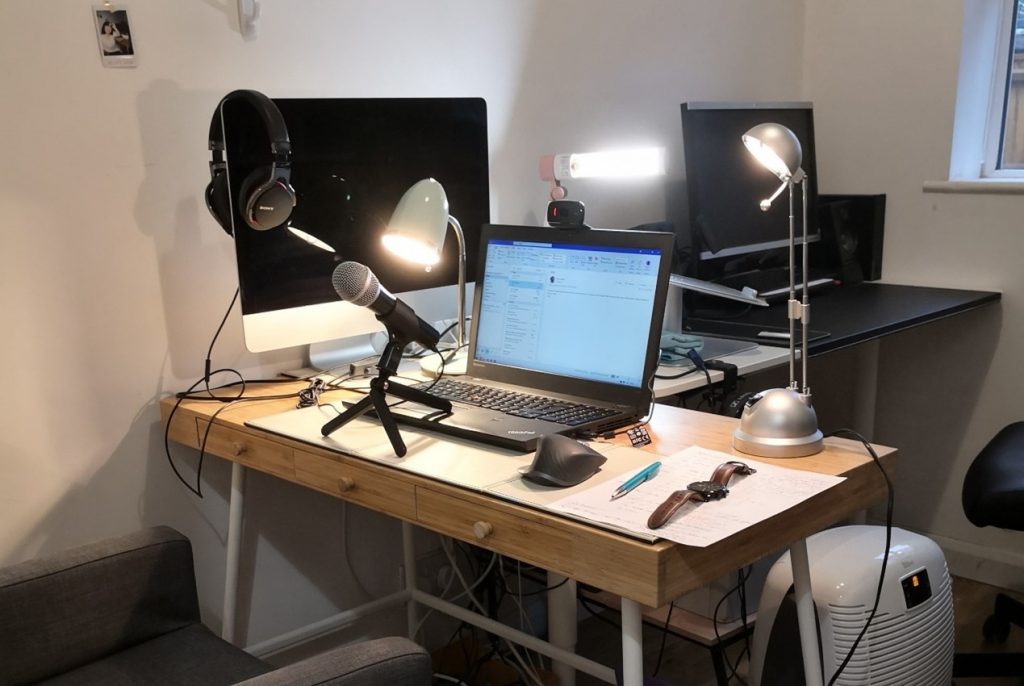 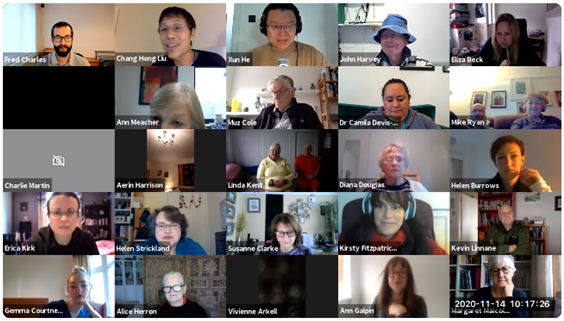