Research is a priority for Bournemouth University and we are proud of the contribution our research makes to society. Ten years ago, I 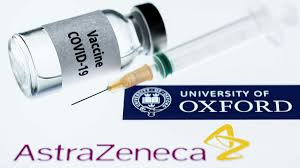 wrote a blog post on the role of universities in the 21st century and the importance of research, inspired by an article in the Guardian – What are universities for? As the pandemic is changing the very fabric and structure of our lives, it seems timely to revisit this and to reflect on what the role of a university such as BU should be during and after the pandemic and the importance of research in this. There will be a handful of blog posts this week exploring this topic. The role of a university has been debated since the nineteenth century. In 1852 Cardinal Newman wrote that the sole function of a university was to teach universal knowledge, embodying the idea of ‘the learning university’. Newman believed that knowledge is valuable and important for its own sake and not just for its perceived use to society (this is quite different from the current thinking on the importance of research impact, public accountability and the value of research findings to society at large, issues which I imagine Newman would have thought of as irrelevant!). There was not a great deal in Newman’s work about the importance of research in a university, but research was beginning to play the starring role in mainland Europe where Prussian education minister Wilhelm von Humboldt wrote of the concept of ‘the research university’ and eventually set up the Humboldt University of Berlin. After the Napoleonic Wars, von Humboldt’s view was that the research university was a tool for national rebuilding through the prioritisation of graduate research over undergraduate teaching. This model soon became the blueprint for the rest of Europe, the United States and Japan. Arguably the Russell Group universities are today still structured in a similar way to that envisaged by von Humboldt two hundred years ago. Moving into the twentieth century and we come across American educationalist Abraham Flexner who wrote of ‘the modern university’. In Flexner’s view universities had a responsibility to pursue excellence, with academic staff being able to seamlessly move from the research lab to the classroom and back again. The pursuit of excellence features in many universities strategies and the union and seamless movement between research and education sounds like an early version of BU’s Fusion strategy.

Taking into consideration the complexity of universities in the twenty first century, all of these views are a little too simplistic. Today’s universities have much broader remits and a much greater role in society. Peter McCaffery notes that universities now regularly encompass four roles:

The Government’s R&D Roadmap (published June 2020) sets out the UK’s vision and ambition for science, research and innovation. It recognises universities as a critical part of the R&D infrastructure, particularly in regard to advancing knowledge and knowledge creation and ensuring that research gets into the public domain and has social and economic benefits. This is a significant remit for universities but makes them exciting places to work.

A quick look at the mission statements of a handful of UK universities indicates a common purpose based on the views of all of the aforementioned scholars: The creation and sharing of new knowledge and new ideas has become the principal purpose of many modern universities. In Northern and Western Europe and North America the university has become the key producer of knowledge (through research) and the key sharer of knowledge (through teaching).  Professor Eric Thomas (former Vice-Chancellor at University of Bristol) claimed that universities are the knowledge engines of our society having produced the vast majority of society’s breakthroughs and innovations, such as: the computer, the web, the structure of DNA, Dolly the Sheep, and the fibre optic cable. We can now add the COVID vaccine to that list, as developed by the University of Oxford and AstraZeneca. Where would we be without these breakthroughs and would they have come about so quickly without university research?

Being part of an environment in which knowledge creation thrives creates a unique and amazing learning experience for students, both at undergraduate and postgraduate levels. BU’s focus on the Fusion of research, education and professional practice enables the creation of this type of environment through the continuous and valuable exchange of knowledge.

In Wednesday’s blog post we’ll look at the role of universities post-pandemic recovery.

2 Responses to “Research and the role of the university…”