Changing hearts and minds: how the stories of older LGBT people are changing attitudes, education and care 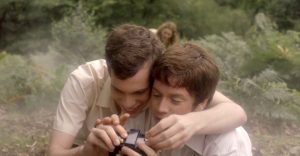 Background: In ‘The Gay and Grey’ and ‘The Gay and Pleasant Land’ projects funded by the National Lottery and ESRC respectively, Dr Jones and his team explored the experiences of older LGBT people. They discovered common themes of identity issues, isolation and exclusion and, in particular, a lack of participation from rural residents and limited understanding of participants’ life stories.

Working with an advisory group of older gay people and service providers, BU researchers looked at how older gay men and lesbians in rural areas interacted with their communities, while considering socio-economic and cultural effects and differing attitudes towards sexuality and ageing. Their findings showed: a lifelong impact on gay men who grew up when homosexuality was illegal (up to 1967); the struggle to be accepted in rural communities by many older LGBT people; difficulties negotiating with service providers; fear and loneliness; and the prevalent risk of suicide among older gay men.

Based on these insights, Dr Jones wrote and produced a short film, RUFUS STONE, which tells the story of two young boys’ experience of anger and rejection from a rural 1950s community when they develop feeling for each other. The film sees the two reunited 50 years later, although one character has never revealed his sexuality and ultimately takes his own life. As well as the film, Professor Fenge collaborated with a group of older LGBT people to produce a card deck called ‘Methods to Diversity’ for care agencies and service providers. the cards detail activities and exercises to prompt staff to think about inclusivity and the diversity of the ageing population.

RUFUS STONE was screened around the world, attracting attention for both its style and subject matter. It won international accolades, including an award for Best LGBT Film at Rhode Island International Film Festival 2013, and was also featured in the New York Times. As well as prompting discussion around sexuality and marginalisation, the film demonstrably changed attitudes: evidenced by student-teachers in Kazakhstan planning to screen it to pupils to help them “understand… that some existing values are remnants of the older generation”.

Several universities in the UK and abroad use RUFUS STONE in their teaching, including: the University of Manchester, which features it in an undergraduate sociology module; Brighton University, which describes it as ‘inspirational’; Istanbul Yeni Yuzyil University, which has added it to its syllabus at the Faculty of Fine Arts; and the School of Communication and Media Studies in Lisbon.

Hampshire County Council has used the film and the card deck since 2014 in training sessions with emergency services, residential care staff among others, instigating “changes in attitudes and awareness amongst council staff”. It adds that the resources indirectly inspired the county’s first Gay Pride.

The Help and Care UK charity used the film and card deck with its ‘wayfinder’ staff, who signposted older people to information and services. Watching RUFUS STONE challenged their attitudes and perceptions around homosexuality and led to greater awareness. In a 2016 wayfinders briefing document, they included their support for “freedom from discrimination” on the grounds of sexuality.

The Alzheimer’s Society has used the film since 2013 to improve its local and regional teams’ understanding of LGBT issues: “There is no question [it] was a catalyst for change. It was… raw and real so made us think outside the box”.

How our electrical stimulation devices have improved long-term medical conditions 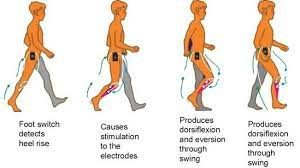 Background: Electrical stimulation is a method of controlling muscles using an external device, following neurological disease such as stroke or musculoskeletal problems. When used to provide a specific function, such as walking or hand grasp, it is known as functional electrical stimulation (FES). The results of Professor Swain’s first ever randomised controlled clinical trial of an ES device to rehabilitate patients with dropped foot after a stroke demonstrated significant advantages over traditional physiotherapy. In addition to providing support and immediate improvement, the device means people receive therapy as they walk, improving walking and quality of life.

Since 2006, Professor Swain has steered a collaboration between BU, Salisbury NHS Foundation Trust and Odstock Medical Limited (BU-SFT-OML), after taking the lead in patenting the first Odstock Dropped Foot Stimulator and helping establish OML. The clinical service has since expanded to include the treatment of people with multiple sclerosis (MS), spinal cord injury and Parkinson’s disease.

Clinical trials supervised by Professors Swain and Taylor showed that 43% of participants who had suffered a stroke improved their walking speed, while people with MS also demonstrated a highly significant improvement. Recent findings showed that such use of ES was the most effective assistive technology treatment, and that it is possible to use surface electrodes to restore useful hand function to people with tetraplegia.

Professor Swain’s move to BU’s Orthopaedic Research Institute (ORI) to work with Wainwright and Professor Middleton has enabled techniques developed for people with neurological problems to be applied to those with orthopaedic problems. Combining this expertise has led to the development of new stimulators and training courses.

The findings from the BU-SFT-OML partnership have helped develop the National Clinical FES Centre in Salisbury, the largest clinical service in the world. As of February 2020, more than 7,700 people have been treated, primarily for walking problems, although the service is expanding to treat upper limb weakness, facial problems such as Bell’s Palsy, and constipation.

The FES devices developed with BU research input have radically improved people’s lives, increasing their functional ability and their participation in society.

Further FES centres, using equipment from BU-SFT-OML, have been established in the West Midlands, London and Sheffield, treating more than 2,600 patients in total.

In 2016, NICE focused on the PACE device system, developed by BU-SFT-OML, in one of its Medical Innovation Bulletins. Professor Swain also contributed to the development of new NICE guidelines on the use of electrical stimulation in non-neurological long-term conditions.

Since 2014, OML has also trained more than 1,000 staff in total in the UK and abroad on how to implement the devices and treatments developed with BU for people with both lower and upper limb restrictions.