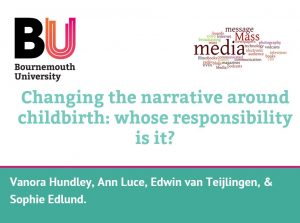 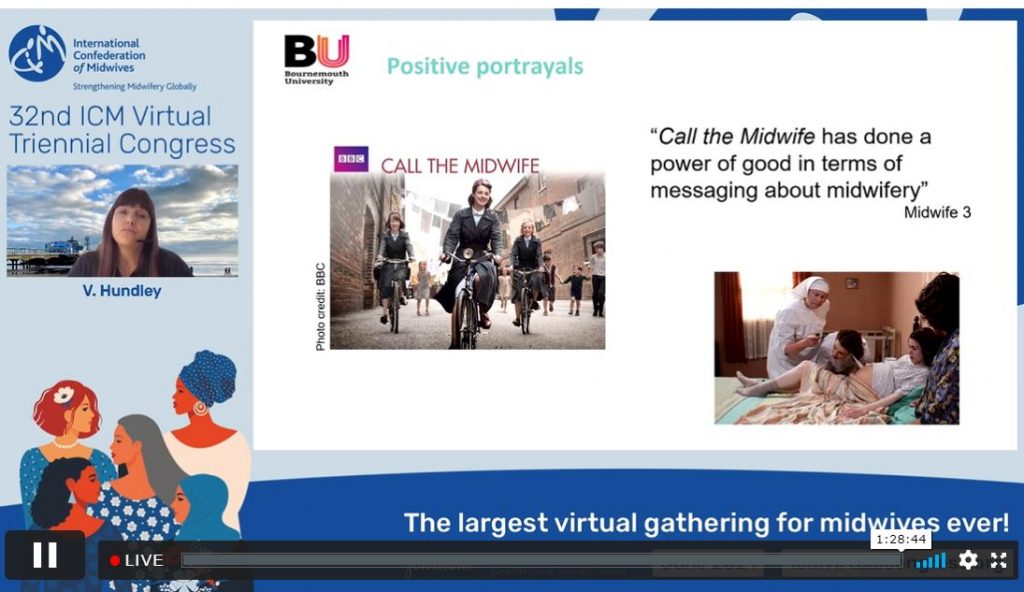 Today we received an end-of-year good-news message from ResearchGate telling us that 700 people had ‘read’ our book Midwifery, Childbirth and the Media [1]. Lee Wright, Senior Lecturer in the School of Nursing and Midwifery at Birmingham City University wrote in his review of our edited volume: “…our media image and digital foot print are rapidly becoming the most important window into our profession. In a rapidly changing environment this book provides an up to date and informative insight into how our profession is affected by the media and how our profession can inform and influence the image of midwifery. This area is going to become even more important in the future universities and trusts increasingly use broadcast and social media to manage information and inform our clients of the services we provide.  This book will be the important first text in a new growth area. It brings together an internationally recognised group of authors who are experts in this field. I wholeheartedly recommend it to you.”

This edited collection was published by Palgrave Macmillan in 2017 and it is part of a larger body of Bournemouth University research on the topic [2-6]. 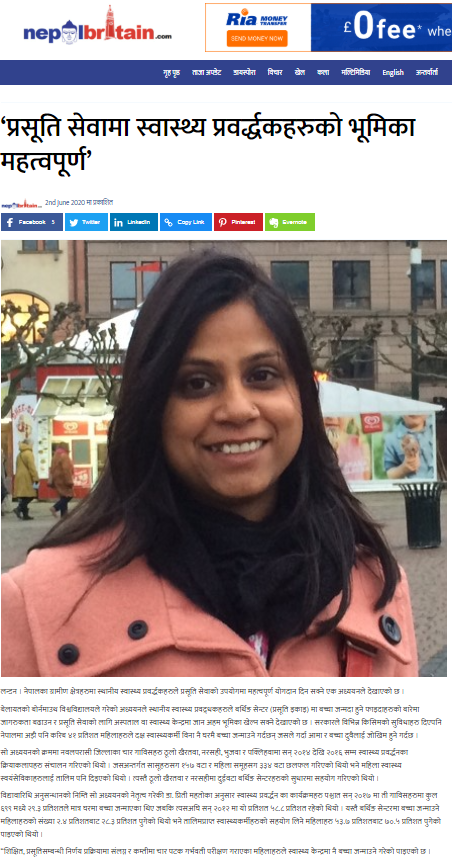 This week Dr. Preeti Mahato in the Centre for Midwifery, Maternal & Perinatal Health (CMMPH) appeared in several newspapers and new website in Nepal. The media reported both in Nepali [1-4] and in English, the latter in South Asia Time [5] on her recently published paper on birthing centres in Nepal.  This latest paper from her PhD was published in the scientific journal  PLoS ONE [6].  The paper is co-authored by CMMPH’s Dr.Catherene Angell, Prof.Edwin van Teijlingen and Prof. Vanora Hundley as well as BU Visiting Professor Padam Simkhada (Associate Dean International at the School of Human and Health Sciences, University of Huddersfield. 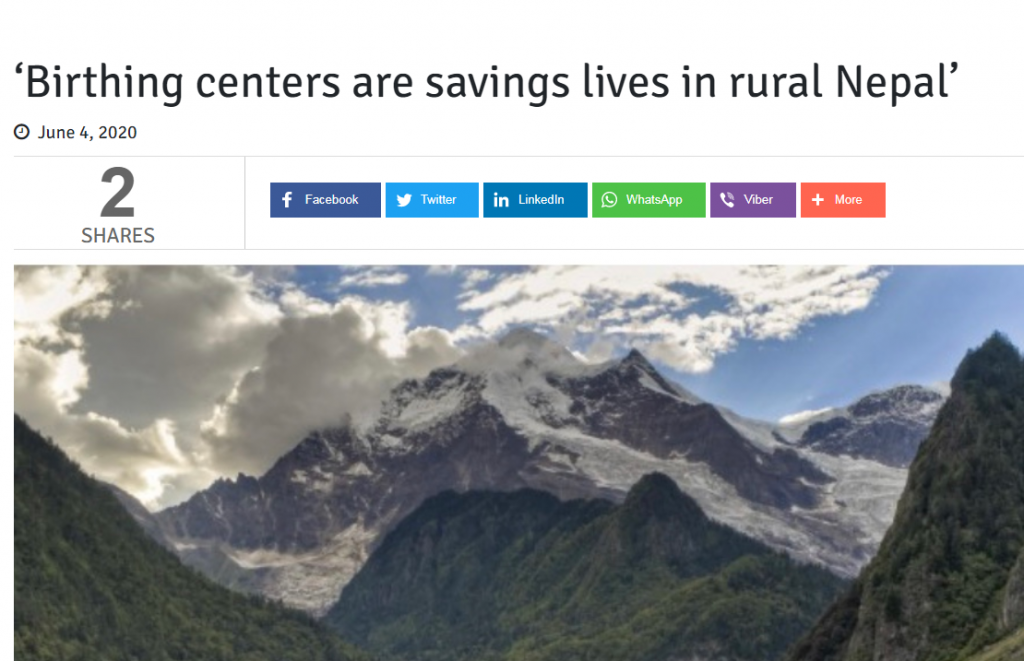 We are very grateful to BU’s Dr. Nirmal Aryal for engaging with all his media contacts in Nepal to achieve this great coverage.

Wonkhe have an excellent new blog out: Why aren’t there more academic experts in the media?

Written by Justin Shaw, a HE Consultant at Communications Management, it is part of his campaign to ensure the academic voice is heard. He would like to see a proliferation in colleagues sharing their evidence-based expertise both with policy makers and the population.

For the blog Justin interviewed 30 of the most prolific ‘media active’ academics to understand the enablers and barriers in taking up media opportunities and what they would say to media-hesitant colleagues to help them take the next step.

Here are some excerpts – but do make time to read the full (short) blog:

The belief that it is far better to anticipate, lead, and take control of media opportunities (rather than suffer in response or serve as a moaning bystander) is one of the main findings that has emerged from interviews with some of the UK’s most committed “media active” academics.

A significant finding is that these academic media advocates simply now regard working with journalists as part of the job. Not only that, but they also stress that it is now (more than ever) a duty and an obligation – especially in an era of growing media input from the subjective and the “ill-informed” (most commonly defined as: shoot-from-the-hip politicians or rent-a-quote personalities drawn from reality TV shows).

While their journey as a go-to media expert has been challenging, and certainly there are some hard lessons to learn on the way, they say that we have now come to a point where academics just have to be bolder, must stand-up and project their knowledge, their evidence, their experience, and they must simply just seize the initiative. Without taking this stand then academics will be crowded out as the voices of reason

“So often politicians and policy-makers present things as facts, but there’s no evidence base for this, so I feel obliged to point out that there is a big body of work and evidence that isn’t being drawn upon, just being the critical voice to say “have you thought about the implications of what you are saying?”. The value of it is that it allows the public to have a more rounded view of the situation, so they can make their own minds up, based on evidence.”

The blog goes on to explain that the skills of an academic researcher and lecturer are the best type of skills to prepare for media engagement. So in short, you’re already got it in the bag.

The blog concluded by considering how the professional services teams around the academic, such as BU’s Press Office, BU’s RDS Impact and Research Comms colleagues, and BU’s Policy Team, can be useful additional support mechanisms – both for media experienced and novice colleagues. Get in touch if you’d like more support or to discuss how you could connect with the media or parliament.