Bournemouth University researchers picked up two prestigious awards at the International Communication Association (ICA) annual conference held in Prague, 24-28 May 2018. This is the largest communications conference in the world and highly competitive, so receiving recognition in the form of awards is a great honour. 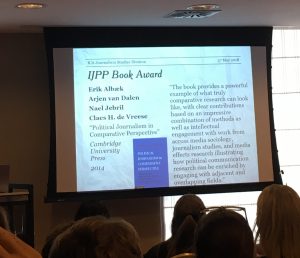 Dr Emma Pullen, Dr Daniel Jackson, Prof Michael Silkand Dr Richard Scullion won the top faculty paper award for the Sports Communication division of ICA, for their paper entitled Giving Disability the ‘Hollywood Treatment’: Channel 4 and the Broadcasting of the Paralympic Games. This is their first output from the AHRC funded Paralympics project on the cultural legacy of the 2016 Rio Paralympics (grant ref: AH/P003842/1). Keep up to date with their progress via the project website www.pasccal.com, Twitter @pasccalproject, and the BU research blog. 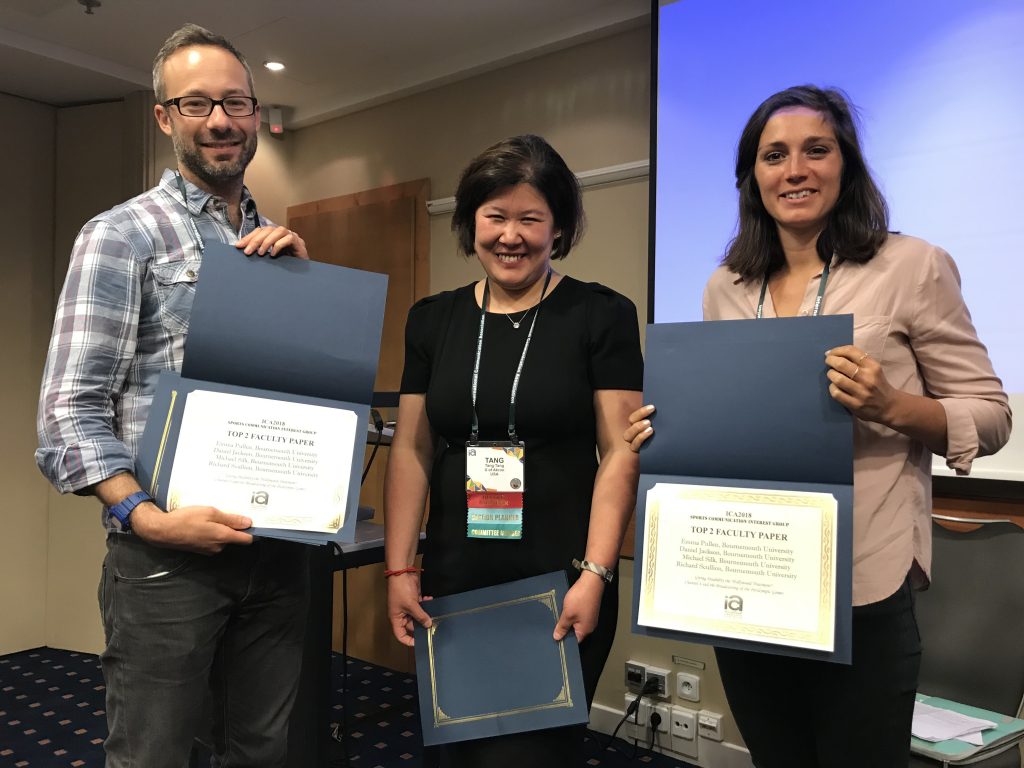 Political journalism is often under fire. Conventional wisdom and much scholarly research suggest that journalists are cynics and political pundits. Political news is void of substance and overly focused on strategy and persons. Citizens do not learn from the news, are politically cynical, and are dissatisfied with the media. This book challenges these assumptions, which are often based on single-country studies with limited empirical observations about the relation between news production, content, and journalism’s effects. Based on interviews with journalists, a systematic content analysis of political news, and panel survey data in different countries, this book tests how different systems and media-politics relations condition the contents of political news. It shows how different content creates different effects and demonstrates that under the right circumstances citizens learn from political news, do not become cynical, and are satisfied with political journalism.

Studies that have critiqued para-sport broadcasting, particularly through a narrative lens, have almost exclusively relied on textual and/or content analysis of the Paralympic Games as the source of cultural critique. We know far less about the decisions taken inside Paralympic broadcasters that led to such representations. In this study – based on interviews with senior production and promotion staff at the UK’s Paralympic broadcaster, Channel 4 – we provide the first examination of mediated para-sport from this vantage point. We explore the use of controversial promotional devices such as athletes’ backstories – the “Hollywood treatment” – to hook audiences as a vehicle to achieving its social enterprise ambitions of changing public attitudes toward disability. In so doing, we reveal myriad tensions that exist within a Paralympic broadcaster as they attempt to balance the competing goals of key stakeholders with their own desire to make the Paralympics a commercial and socially progressive success.