Dr. Ann Luce, Principal Academic in Journalism and Communication in FMC has been elected to the Council of National Representatives for the International Association of Suicide Prevention (IASP).

Dr. Luce’s role will require her to work with national representatives from 77 countries around the world, including low- and middle-income countries, where 70% of the world’s suicides occur. She will also build upon her work with the World Health Organisation, where she helped create media reporting guidelines for journalists in 2008 and 2017; and will now work closely with the World Federation of Mental Health (WFMH) and the World Psychiatry Association (WPA).

Closer to home, Dr. Luce is research and media lead on the Pan-Dorset Suicide Prevention Strategy Group and a member of the suicide response team, which deals with suicide clusters across Dorset.

Dr. Luce has been researching and working in the area of suicide prevention for the last 15 years. She has written two sets of media reporting guidelines for the World Health Organisation through her work on the World Media Task Force for the Prevention of Suicide and has also written blogging guidelines for Save.org, the USA’s largest mental health charity. She has consulted with governments in Wales, Norway and Australia to reduce suicide rates and has served as an expert panel member and worked with the Australian Government, under the National Suicide Prevention Leadership Program to create #chatsafe, a young person’s guide for communicating safely online about suicide. 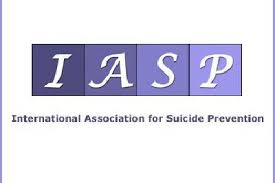