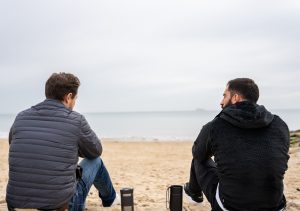 This week is Mental Health Awareness Week. A survey by mental health charity, Mind found that one in eight men in the UK admit to suffering from mental health problems, while suicide is the leading cause of death for men under 45.

To mark Mental Health Awareness Week,  Dr. Ann Luce, Associate Professor in Journalism and Communication and a team of researchers in FMC, including Dr. Mona Seyed Esfahani, Lecturer in Marketing Communication have launched a survey  in collaboration with Public Health Dorset and Dorset Mind to try and understand what men believe about mental health, how they feel about seeking support and how confident they are in helping friends and family during difficult times.

The survey is part of a larger campaign called Light On, which has been adopted by the Pan-Dorset Suicide Prevention Multi-Agency Partnership to try and combat rising suicide rates in Dorset, specifically in men aged 40-45.

If you’re male, over 18 and live in Dorset, we’d love to hear your thoughts. Just follow the link to take part: https://bournemouthpsych.eu.qualtrics.com/jfe/form/SV_bIuBPIWTJQMijcy