Often referred to as the ‘first computer programmer’, Ada Lovelace (1815-1852) inspired Alan Turing’s work on the first modern computers in the 1940s. Find out more about her here.

All week we are profiling a selection of  the women who work in STEM disciplines at BU,  in areas as varied as games technology, sport psychology, electronics and clinical nutrition. Today we feature Professor Wen Tang and Dr Melanie Coles. 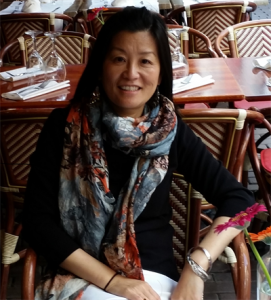 Professor Wen Tang, Professor of Games Technology in the Creative Technology Department. Wen is Director of the Centre for Smart Immersive Technology and the lead developer of the BU Games Analytics Platform.

Her colleague, Fred Charles (Head of Department of Creative Technology) says, “Throughout her career as an academic in Computer Science, Wen has provided leadership and mentoring to staff and students in Mathematical Modelling, Algorithmics, Physics in Simulations, Computer Games Programming, Virtual and Augmented Reality. She is inspiring as a teacher and a researcher, and her funded projects have led to positive impacts on society.”

Wen has an impressive list of research funding awards to her name, including, most recently, £2 million worth of projects for which she is BU’s PI, such as H2020-MSCA-RISE-2018:iGame, looking at gaming techniques for e-health and m-health apps, Interreg 2 Seas Mers Zeeen PATH, aimed at improving perinatal mental health, and Interreg Channel ASPIRE, creating tools for healthier lifestyles.

“Ada Lovelace is a great inspiration and a towering figure for women in all walks of life, especially in STEM subjects. She is proof that women are equal to men in STEM subjects –  in creativity and in practice. I am inspired by both Ada Lovelace and Marie Curie, for their love of science and their intellectual power of thinking.”

“When I was a young girl growing up in China during the cultural revolution, my father taught me to pursue knowledge and to have intellectual curiosity.  As an engineer himself, he advised me to study an engineering subject in my first degree.  I was also greatly inspired by a Chinese female poet from the 9th century Song dynasty, Li Qing Zhao, who is revered as one of China’s greatest poets.”

“Although women are increasingly studying STEM subjects at school and university, there is still a very low glass ceiling in China for the employment or promotion of woman in companies or universities after their education. And there are still barriers too in Europe. For 15 years I was the only female on the committee of the European Association for Computer Graphics. During my academic career, I was one of very few female members of my teaching group, and for a very long time I was the only female in my department. It can be lonely and there can be barriers when communicating over different issues, but this does not detract from my love of computer graphics-related subjects (games, VR, AR) and the enjoyment of researching and teaching in this area.”

“I would very much encourage girls to look towards STEM subjects as possible career paths, and am always very happy to meet girls studying games, software engineering and games design courses. I tell them during open days that girls are just as good as boys in computer programming.  The situation is slowly improving, but the UK digital industry really still needs more woman and girls.”

Please tell us a little about your area of work/research.

“My research area is concerned with digital games, virtual reality and augmented reality technologies. While I research novel algorithms and frameworks to address specific technical questions, I am also interested in how the technologies can be used to address societal challenges through interdisciplinary or multidisciplinary collaborations. My recent large European projects have been focused on digital technologies for healthcare.”

“By working within large consortia of project partners across different countries, I have gained an understanding of gaps in digital technologies in real-life applications. These gaps require new ways of research thinking… we need to think and work more creatively and imaginatively to put emerging technologies to real-life use.”

Wen is clearly an inspiration to young women in computing. A former student of hers, who now works for a Cambridge-based company as a user interface designer, recently wrote to her: “I gave a presentation for International Women’s Day, describing my experience in the industry as a woman. I also discussed [what] it was like going through university, and that you were the only female professor on our course. I would like to thank you for being a wonderful inspiration to me personally too.” 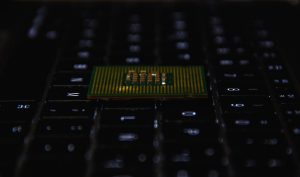 Dr Melanie Coles, Deputy Head of Department in Computing and Informatics. Her colleague Dr Vegard Engen describes her as “one of the most experienced, knowledgeable and pragmatic problem solvers we have in the department, often being a key person both academic and professional support staff reach out to if they have a problem. As one of the deputy heads, Melanie is the only female in such a leadership position in the computing department.

“She continuously champions gender equality, and challenges gender stereotypes through her leadership role, teaching and Athena SWAN contributions. While having moved into management and leadership, she retains her technical curiosity and involvement with students, and makes a real difference to our department – for students and staff alike.”

Melanie’s research in computing began in the early 1990s, putting her in the vanguard of women studying computing and information systems. She received her MSc in Distributed Information Systems from the University of East London in 1994, having attained a BSc (Hons) in Psychology prior to that. She was the recipient of Technology Strategy Board Knowledge Transfer Partnership (KTP) grants in 2009, and worked alongside computer scientists at Morning Data Limited and Hark Solutions.

Her teaching experience has informed her research and, as she explains, “[my research] has impacted upon subsequent teaching and learning developments. I have taught programming for a number of years, with different sized cohorts, at different levels, on different degrees and it was this experience that led me to explore why programming can be difficult to both learn and teach, and what can be done to improve the student experience in learning to program.”

Combining her expertise in psychology, pedagogy and computing/information systems, Melanie’s research is powerfully demonstrated in publications she has co-authored on subjects such as the application of innovative technologies and practices in remote learning, undergraduate students’ learning approaches in programming and brain types as programming aptitude predictors.

Melanie continues to teach Principles of Programming, Persuasive Technology and Behaviour Change, and Cyberpsychology. She also mentors several members of staff and, in the words of another colleague, Dr Gernot Liebchen, “always looks at the best interest of the students in a student-centric approach, while focusing on academic integrity”.