Please see below a programme of activity to mark International Women’s Day. The events are being undertaken in partnership with the Women’s Academic Network at BU.

All events will be held at the Talbot and Lansdowne Campuses and are open to BU students, staff and the wider community.

BU Professor Ann Brooks has been made a Fellow of the Academy of Social Sciences (FAcSS). Ann Brooks is Professor of Sociology at Bournemouth University since January 2015. Ann has held senior positions in universities in Singapore, Australia and New Zealand and has held visiting fellowships and scholarships in Singapore and the USA. She was a Visiting Professor at the Institute of Health and Community at Plymouth University in 2014 and was previously a Senior Visiting Research Fellow at the Asia Research Institute, National University of Singapore and a Visiting Scholar in the Department of Sociology at the University of California, Berkeley. She is author of Academic Women (Open University Press, 1997); Postfeminisms: Feminism, Cultural Theory and Cultural Forms (Routledge, 1997); Gender and the Restructured University (Open University Press, 2001); Gendered Work in Asian Cities: The New Economy and Changing Labour Markets (Ashgate, 2006); Social Theory in Contemporary Asia (Routledge, 2010); Gender, Emotions and Labour Markets: Asian and Western Perspectives (Routledge, 2011) and Emotions in Transmigration: Transformation, Movement and Identity (Palgrave 2012) (with Ruth Simpson). Recent books include: Consumption, Cities and States: Comparing Singapore with Cities in Asia and the West (Anthem Press, 2014) (with Lionel Wee); Popular Culture, Global Intercultural Perspectives (Palgrave, 2014); and Emotions and Social Change: Historical and Sociological Perspectives (Routledge, New York, 2014) (edited with David Lemmings). Her latest book is: Genealogies of Emotions, Intimacies and Desire: Theories of Changes in Emotional Regimes from Medieval Society to Late Modernity (2016 Routledge, New York).

Further information on this year’s new Fellows can be found here!

I’d like to invite you to the forthcoming  seminars  organised by the Women’s Academic Network.

Dr Cynthia Carter is a Senior Lecturer in the Cardiff School of Journalism, Media and Cultural Studies, Cardiff University.

Cindy will discuss her work with the Global Media Monitoring Project (http://www.whomakesthenews.org), the largest longitudinal study on gender in the world’s media. She has been involved in the study since 2000.

Title of presentation: The state of qualitative management research and future challenges for qualitative researchers

Catherine Cassell is Professor of Organisational Psychology. Previously she was Head of the School’s People, Management and Organisations Division and head of Postgraduate Research programmes. Before joining MBS she held appointments in the Management School at the University of Sheffield and at Sheffield Business School. She was the founding chair of British Academy of Management’s Special Interest group in Research Methodology – a group she is still heavily involved with – and is currently a member of the Association of Business School’s Research Policy Committee. Professor Cassell is an Associate Editor of the ‘British Journal of Management’, inaugural co-Editor of ‘Qualitative Research in Organisations and Management: an international journal’, and on the Editorial Advisory Boards of five other journals. She is a Fellow of the British Academy of Management and an Academic Fellow of the Chartered Institute of Personnel and Development.

Catherine’s research interests are in the area of organisational change and learning; and diversity and dignity in the workplace. She has a specific interest in the use of qualitative research techniques in both management and organisational research. Together with Gillian Symon from Birkbeck she has published a number of books and articles in this area, plus chaired and convened symposia at international conferences. She has also jointly edited special issues of a number of different journals all focused on the use of qualitative methods and alternative epistemological approaches in management and organizational research. Furthermore she has completed a two year ESRC funded project entitled ‘Benchmarking good practice in qualitative management research’ (with G. Symon and P. Johnson) where the team developed training materials aimed at enhancing good practice in the field. She has also received research grants from a number of organisations including ESRC, EPSRC, British Academy, ERDF and the EU and has supervised 15 doctoral students to completion.

She is widely known in the public for her direct and no-nonsense communication and is enthusiastically engaged in the societal debate for a better and safer world. She is a role model for many aspiring young people as the highest ranking female CEO in Denmark and was appointed the 22nd most influential business woman in the world in 2009 and 2010 by the Financial Times.

Stine Bosse serves as chairman of Flügger Denmark, The Royal Danish Theater, CONCITO, Børnefonden, and Copenhagen Art Festival. She serves as vice chairman of ChildFund Alliance and sits on the board of among others TDC, Allianz and Aker ASA. Additionally, Stine Bosse is the former chairman of the supervisory board of the Danish Insurance Association (Forsikring & Pension), and former board member of Grundfos, Nordea Bank A/S and Amlin plc. In the Spring 2010, Stine Bosse was appointed Advocate for the Millenium Development Goals by the UN Secretary General, Ban Ki-moon, to fight world hunger and poverty. Stine is also the founder of Women in Europe Network.

A very significant aspect of our Fusion Funded Study Leave has been our invitation to spend time as Visiting Professors at the Tasik Chini Research Centre, Universiti Kebangsaan Malaysia.  This Research Centre is primarily a natural science-based one, which is now expanding its remit to embrace social science, and which focuses on Tasik (Lake) Chini in the State of Pahang, about 4 hours drive from Kuala Lumpur. This lake, one of only two freshwater lakes in Peninsular Malaysia, is composed of a very large area of 12,568 acres, and in terms of beauty and grandeur was not dissimilar to England’s Lake District.  Google the lake and a serene vision will appear of placid waters smothered in ravishing pink and white water-lilies in a valley of opulent, teeming rain forest and rimmed by green mountains. A veritable paradise, seemingly, and also the traditional ‘native’ lands of a community of indigenous, ‘first-people’, of Malaysia, the Jakun tribe of the Orang Asli (original people).

Hardly surprisingly maybe that this wonderful area received coveted UNESCO Biosphere Reserve status due to its lush diversity of flora and fauna. However, although once a popular eco-tourist destination, very few tourists are spotted now and the trade has virtually died off. The reason being that the lake itself is dying with total and irreversible collapse of the ecological system predicted by 2030.  Unrestrained mining of the mineral-rich soil in the area has led to mass deforestation, while logging, itself, and destruction of the colossal swathes of the forest has made way for Oil Palm plantations. Contaminants from mines in very close proximity to the lake have caused considerable pollution and the replacement of local flora with a pernicious species of aquatic weed and algae.  To add to a catalogue of disasters, and against the wishes of the those Orang Asli communities who managed to hear of it (as they were not formally consulted) and Malaysian environmentalists, an ill conceived dam was placed in 1994 at the juncture of the Tasik Chini and the great Pahang River. This served to prevent the annual ebb and flow of the lake that made boating of tourists difficult at times but was essential to the ecosystem of the area  The lake is now stagnant, polluted and  the fish, upon which the Jakun relied on as fisher folk, frequently unfit to eat, their flesh being tainted and their bodies invaded by parasites.

Our role as social scientists invited to work with the Tasik Chini Research Centre is to help to bridge the gap between scientific knowledge of the problems here and the local communities. Our work is to aid amplification of their voices in speaking of their experiences of trying to survive in traditional native lands that have been violated and usurped.  With our fourth intensive field trip to Tasik Chini coming up this week and a packed itinerary of interviews and focus group discussions planned with the local villagers, our ethnographies are rapidly developing. The Orang Asli people have much to be angry about and although too often treated as backward and uneducated in Malaysia itself, they have impressed us considerably with their passion for their lands, their rage and grief at the destruction, their eloquence, their gracious hospitality to us – and their ability to organise their communities and their protests up to the highest levels of Government. Truly they are a great if much abused people and we count it a pronounced honour to be so warmly welcomed by them, and regard this as some, and maybe, the most important work of our careers.

We hear much in the UK of the trite, overused and sometimes disingenuous phrase ‘making a difference’ when applied to higher educational endeavour and these experiences have brought into sharp relief the differences between its application to the banal and to the truly tragic. This area is part of the traditional land of the Jakun, and as such should be protected and preserved. But much more than this it is an international site for the earth’s future generations and we must, as academics, plough back what little knowledge we have into securing this heritage. 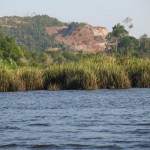 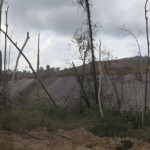 Read what the Centre has been doing over the last year by clicking on the link to a PDF of our latest newsletter.

In the Centre we are rightly proud of the achievements of our students and their engagement in public activities and international opportunities, as well as those of our staff. It is through our newsletter that we keep our colleagues, here in the UK and internationally, abreast of our activities. We thought you would want to share in this.

In this edition you will find articles on student international placements in Malaysia, our hosted international week, and our new Sociology & Anthropology programme. There is information about conference presentations undertaken by Centre members, and introductions to some of the exciting and innovative social science research conducted within the Centre.

Should you want to find out more, to collaborate with members on research projects please get in touch with any of us.