The Sport and Physical Activity Research Centre (SPARC) invites you to join us at our lunchtime seminar, “Returning to Sport Sustainably Post-Covid”. The seminar is taking place on Wednesday 7 July, between midday and 1.30pm.

The event, which is being held in conjunction with BASIS (the British Association for Sustainable Sport), aims to bring together practitioners and academics working in sport & sustainability, to discuss key issues and best practice as we emerge from lockdown.

The seminar is an excellent opportunity for BU staff to engage with those working in industry, in one of BU’s Strategic Investment Areas – Sustainability. 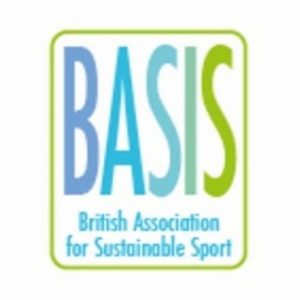 Congratulations to Bournemouth University’s Professor Colin Pritchard, Honorary Doctor of Science Anne Silk and their Southampton colleague Lars Hansen who recently published the paper ‘Are rises in Electro-Magnetic Field in the human environment, interacting with multiple environmental pollutions, the tripping point for increases in neurological deaths in the Western World?’  This paper in Medical Hypotheses (published by Elsevier) is a worrying analysis of the effects of (recent) technological progress on our health.  If this paper does not make you worry , at least remember one message: “No mobile phones in trouser pockets or under your pillow as you’re being bathed in 450Mhz.” Pritchard, C., Silk, A., Hansen, L. (2019) Are rises in Electro-Magnetic Field in the human environment, interacting with multiple environmental pollutions, the tripping point for increases in neurological deaths in the Western World? Medical Hypotheses 127: 76-83.

Colleagues with an interest in the sustainability of the seas may be interested in this summary of an Environmental Audit Committee Sustainable Seas session.

Click this link to read the summary. The summary has been provided by Dods political monitoring consultants and is only available to BU staff and student readers.

Alternatively you can view the session on Parliament TV here.

In the PM’s speech this week referred to below, she mentioned the implications of Brexit for research:

…. since 2010 the number of overseas students coming to study at UK universities has increased by almost a quarter. The UK will always be open to the brightest and the best researchers to come and make their valued contribution. And today over half of the UK’s resident researcher population were born overseas.

When we leave the European Union, I will ensure that does not change.

The UK is ready to discuss these details with the Commission as soon as possible.

Some more flesh was put on these bones by a policy paper from the Department for Existing the EU: Framework for the UK-EU partnership Science, research and innovation

The PM made a speech this week announcing 4 “missions” that sit below the Industrial Strategy with a  focus on AI and data, amongst other things– you can read my blog of the highlights here

In related news, Innovate UK published a report on the immersive economy

And the government issued 4 calls for ideas and evidence on the PM’s 4 missions.  They want new ideas here:

You can read BU’s response to the subject level TEF consultation here.  We agree with the issues raised below and we advocated a new model because of serious problems with both Model A and Model B.  We also suggested a longer time frame (because of the volume of work involved, not complacency), and disagreed with both grade inflation and teaching intensity metrics.  And we challenged the awards at both institutional and subject level, proposing instead two awards (good and excellent/ excellent and outstanding) with stars for subjects.

Interesting developments for TEF (and more generally), the OfS have published their timetable for NSS and Unistats data for 2018:

Research Professional have a neat summary of the sector response.

From Dods: The Science and Technology Committee have published its report from the Algorithms in decision-making inquiry which acknowledges the huge opportunities presented by algorithms to the public sector and wider society, but also the potential for their decisions to disproportionately affect certain groups.

The report calls on the Centre for Data Ethics & Innovation – being set up by the Government – to examine algorithm biases and transparency tools, determine the scope for individuals to be able to challenge the results of all significant algorithmic decisions which affect them (such as mortgages and loans) and where appropriate to seek redress for the impacts of such decisions. Where algorithms significantly adversely affect the public or their rights, the Committee highlights that a combination of algorithmic explanation and as much transparency as possible is needed.

It also calls for the Government to provide better oversight of private sector algorithms which use public sector datasets, and look at how best to monetise these datasets to improve outcomes across Government. The Committee also recommends that the Government should:

Under the 10 minute rule, the Chair of the Education Committee Robert Halfon introduced legislation to give greater powers and resources to the Social Mobility Commission (SMC), the body set up to promote social justice.  (Link here at 13.52.09pm).  It will have its second reading on 15th June.

The Committee published a draft Bill in March alongside its report.  In its report, the Committee called for the establishment of a new implementation body at the heart of Government to drive forward the social justice agenda.

And in the meantime, the Government have announced a recommendation for a new Chair.  Dame Martina Milburn has spent 14 years as Chief Executive of the Prince’s Trust, supporting more than 450,000 disadvantaged young people across the country in that time, with three in four of these going on to work, education or training. She is also a non-executive director of the National Citizen Service and the Capital City College Group, and was previously Chief Executive of BBC Children in Need and of the Association of Spinal Injury Research, Rehabilitation and Reintegration.

From Dods: Last Friday the Science and Technology Committee announced that it intends to develop its own proposals for immigration and visa rules for scientists post-Brexit. This work follows the Government’s rejection of the Committee’s call for the conclusions of the Migration Advisory Committee (MAC) relating to science to be brought forward to form part of an ‘early deal’ for science and innovation.

The Committee published its report on “Brexit, Science and Innovation” in March, and has recently received the Government’s response. The report welcomed the Prime Minister’s call for a “far-reaching pact” with the EU on science and innovation and recommended that an early deal for science—including on the ‘people’ element—could set a positive tone for the rest of the trade negotiations, given the mutual benefits of cooperation on science and innovation for the UK and the EU.

The Committee will draw on the submissions to its previous Brexit inquiry and the sector’s submissions to the MAC to construct its proposals for the immigration system, but further input to this process is welcome on the following points:

The following funding opportunities have been announced. Please follow the links for more information. Concept notes are welcomed for the Global Resilience Challenge’s “Water Window”.  This fund offers between $250k-$1m USD in grants for teams offering innovative solutions to issues affecting flood prone communities across the Sahel, the Horn of Africa, and South and Southeast Asia. Closing Date 8/5/16

The Scottish Government have announced a tender opportunity related to “ Monitoring the environmental outcomes delivered by the 2014-20 SRDP Agri-Environment Climate Scheme“. Tenders are expected to be in the range of £250k-300k. Closing Date 26/4/16 at 12:00

If you are interested in submitting to any of the above calls you must contact RKEO with adequate notice before the deadline.

There is much talk about sustainability, but really it is just talk.

We don’t even agree on what the word means. In the meantime, middle class consumers assuage their consciences at the farmers markets buying luxury products, whilst our children eat mass produced rubbish for their school lunches.

We don’t want sustainability; it would affect our standard of living too much. It’s all just hokum.

About Sean
Sean is a Senior Lecturer in the School of Tourism who has spent 30 years campaigning for the environment and the rural community with a specific focus on local food.

He is about to publish a book chapter entitled, ‘Does the pursuit of local food destroy our environment: questions of authenticity and sustainability?’

Sean is also a Winston Churchill Fellow, a Nuffield Scholar and contributes regularly to the media.

About Talk BU Live
Talk BU Live is a once monthly on-campus event designed to get people talking, thinking and shouting. Talks are no more than 20 minutes long and open to all students and staff at BU. Get involved by tweeting us using #TalkBU.

Don’t miss the next Talk BU Live events on Tuesday 11 November and Tuesday 9 December. To find out more contact the team at newsdesk@bournemouth.ac.uk or check out the Talk BU page.

Please note that these events will be video recorded and made available online.

for the 21st Century. The highest ranking priority was to overhaul global environmental governance to meet 21st Century challenges.

Transforming Human Capabilities for the 21 Century – upskilling the global workforce for a Green Economy.

Good news for those working in the area of SD and Green Economy .

Number 4  ‘social tipping points’  poses the question that for me is fundamental – how do we catalyse human behaviour change?

the report is available at

Moving Towards a Green Economy

the global work force for a Green Economy

As Bill Scott said in his blog

Find the Foresight Report at:

The week-long event organised by the FSBI and BU focused on the damage being done to aquatic ecosystems and fish communities, and discussed how scientific evidence could be used to benefit the world’s fisheries.

The conference attracted many esteemed Scientists from a total of 22 countries who presented their research over five days.

Four of the keynote speeches, as well as an overview of the conference, can be seen below.

An overview of the Fish Diversity and Conservation: Current State of Knowledge

Ya-hui Zhaoyh (Chinese Academy of Science) – Out of Sight Out of Mind: Current Knowledge on Chinese Cave Fish

Steve Railsback – Behaviour in Fish Conservation Models: Getting From “why” to “how”