Research at BU has helped establish a cause of childhood kidney failure. The work, accepted for publication the journal Paediatric Nephrology, was a combined effort, including inputs from academic and clinical teams at the universities of Oxford, Bristol and Bournemouth. It focused on Steroid Resistant Nephrotic Syndrome (SRNS), a life-threatening form of kidney disease seen in young children, which may require dialysis and eventually a kidney transplant.

It is increasingly understood that genetic mutations play a critical role in SRNS but proving cause and effect is problematic. A patient’s family may have evidence of mutations in key ‘kidney genes’ but establishing if these actually combine in the patient to cause SRNS needs experimental evidence. Bournemouth’s contribution to this work involved disrupting a gene called Nucleoporin 93 (NUP93) in the kidney-like cells (nephrocytes) of fruit flies (Drosophila). When NUP93 function was lost in nephrocytes, failed to do their kidney filtration job and then died; providing strong evidence that mutations in the human gene do indeed lead to SRNS.

NUP93 is part of a protein complex that allows communication between a cell’s ‘head quarters’, the nucleus, and the rest of the cell. Perplexingly, NUP93 is found in all cells raising questions as to why mutations specifically affect the kidney. This work facilitates the search for a cure in the long term and, in the shorter term, allows for a definitive diagnosis when clinicians and families are confronted by this potentially devastating disease.

Congratulations to Dr. Pramod Regmi and Dr. Nirmal Aryal on the acceptance of their paper ‘Risk of kidney health among returnee Nepali migrant workers: A survey of nephrologists’ [1].  This paper has been accepted by the Asian Journal of Medical Sciences, after having been rejected previous by another scientific journal . The reason for rejection was the small sample size of 38 nephrologists (=medical specialists in kidney disease).  We think one of the reasons for acceptance of this research by the Asian Journal of Medical Sciences is the high proportion (74.5%) of all Nepal’s nephrologists who participated in this national study.  Although the absolute number of participants is low there are only 51 kidney experts in the whole country and three-quarters took part in this study! 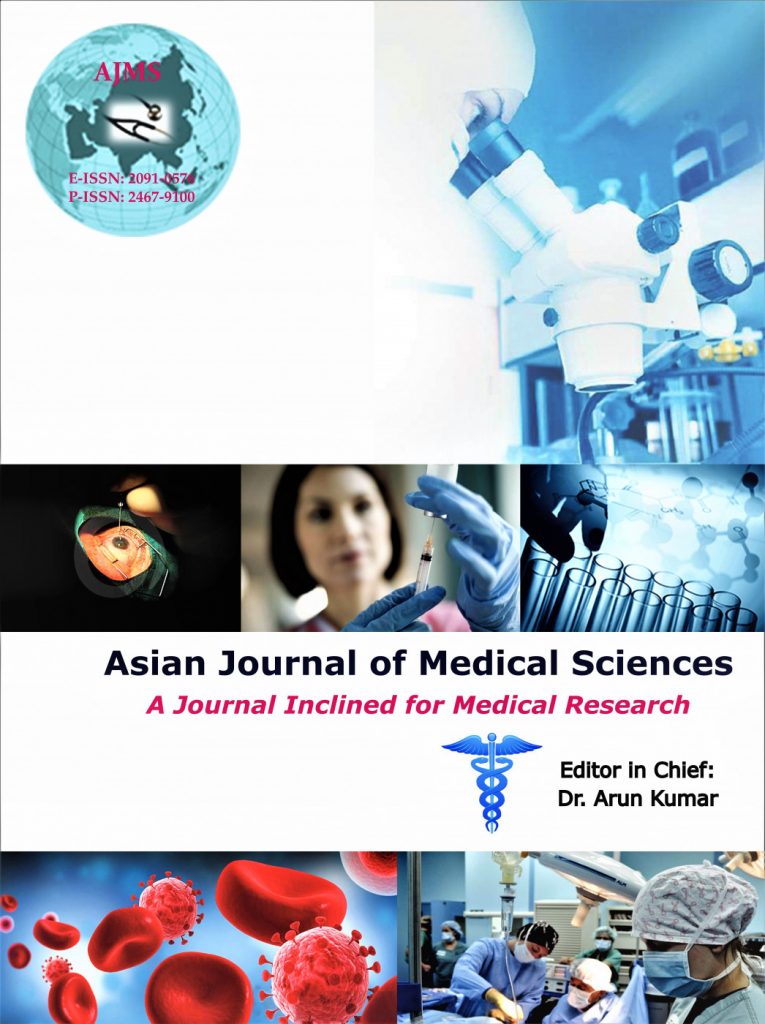 Dr. Nirmal Aryal was until recently based in the Department of Midwifery and Health Sciences and he will be starting later this month as a Research Associate at Greater Manchester Mental Health NHS Trust.  Dr. Pramod Regmi is Senior Lecturer in International Health in the Department of Nursing Sciences.  This paper was also co-authored with a nephrologist Dr. Arun Sedhai based in Chitwan (Nepal) and a public health expert based at the UN organisation, International Organization for Migration (IOM).

This paper which will be Open Access and hence freely available for any reader across the globe adds to the growing research evidence published by Bournemouth University’s researchers on migration and health, especially of migrants from Nepal [2-21]. 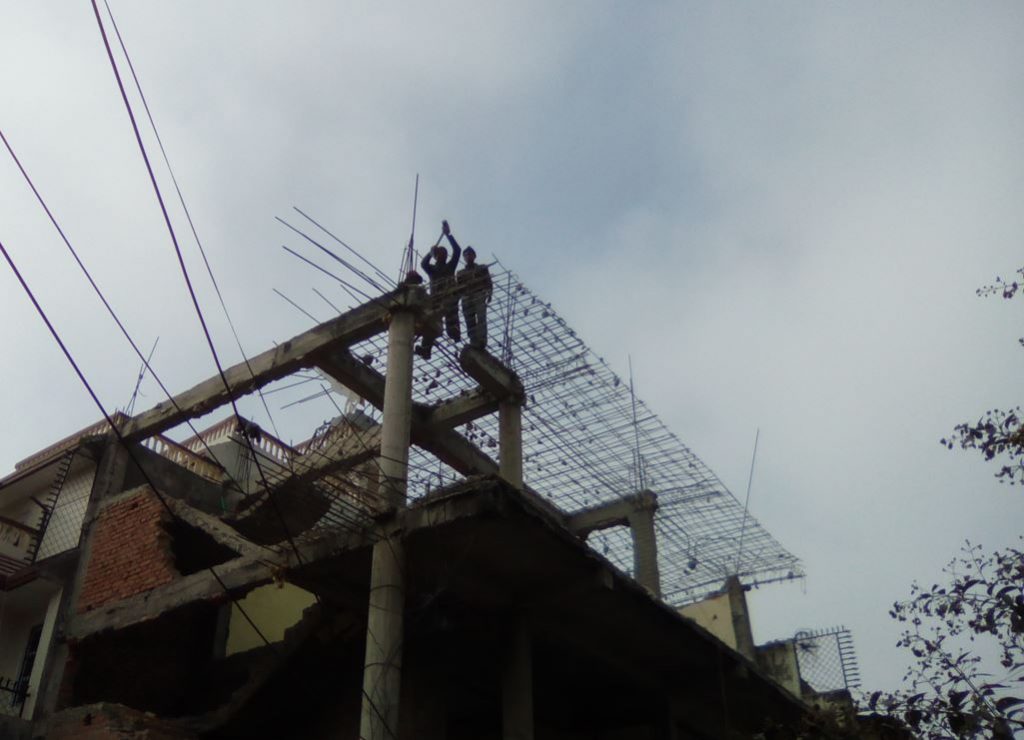 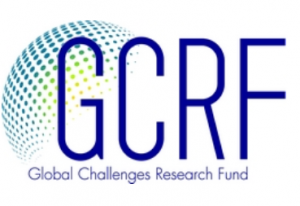 This editorial highlights that low-skilled migrant workers in the countries of the Gulf and Malaysia are at a disproportionately higher risk of kidney health problems. The working conditions are often Dirty, Dangerous and Difficult (referred at as the 3Ds) include physically demanding work, exposure to a hot environment, dehydration, chemical exposures, excessive use of pain killers, and lifestyle factors (such as restricted water intake and a high intake of alcohol/sugary drinks) which may precipitate them to acute kidney injuries and subsequent chronic kidney disease. 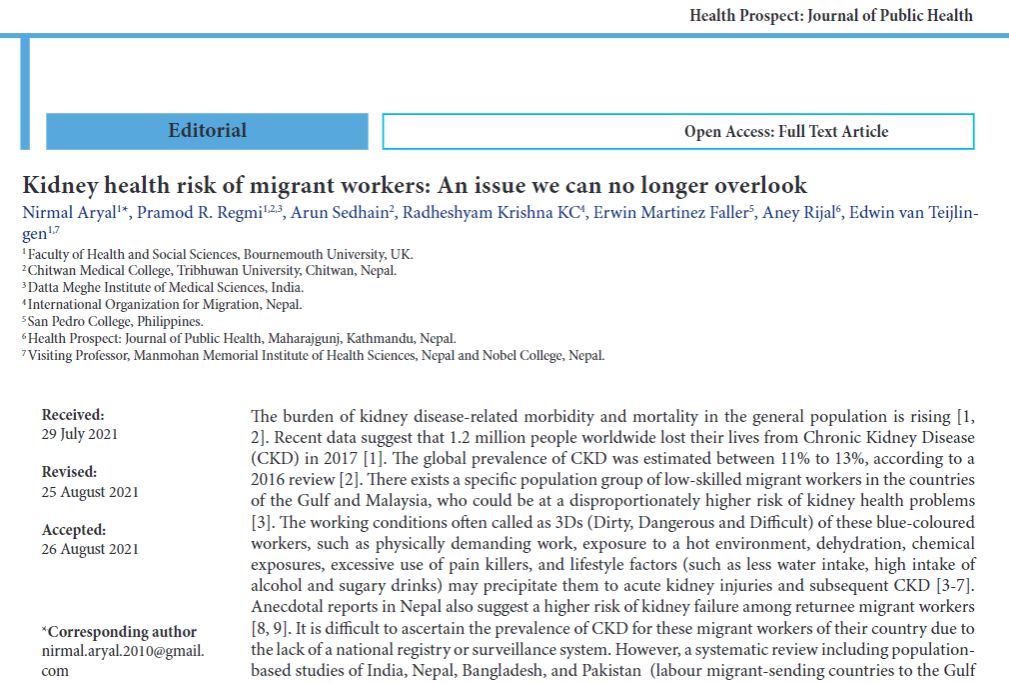 The Physiological Society is Europe’s largest network of physiologists, so it was a great privilege to be invited to give a plenary talk at the Renal physiology: Recent advances and emerging concepts satellite symposia in Aberdeen last week. This followed on from work conducted at BU using fruit flies to study human kidney function and which most recently contributed to research published in Nature Communications. We’ve been studying insect cells called nephrocytes for several years because of their tractability and genetic similarity to human kidney cells called podocytes – cells crucial to the kidney’s role in filtration and excretion. The insects cells offer us opportunities to modulate genes and infer what may happen in human diseases. The Nature Comms paper and Phys Soc talk detailed the work we collaborated on that identified a metabolic pathway in podocytes governed by a gene called GSK3, this pathway now represents a potential target for the control of kidney disease in diabetics. esearch, (led by me, Dr Paul Hartley), was recognised at UK Kidney Week in Liverpool last week. We were invited to speak about our fruit fly model of human renal disease, work that has been variously supported by grants from the British Heart Foundation and Kidney Research UK. The conference was an excellent opportunity to showcase the model and highlight our current collaborations with consultant-scientists based at Great Ormond Street Children’s Hospital as well as a number of different groups at the University of Bristol, the University of Osnabruck in Germany, Harvard Children’s Hospital and the University of Edinburgh. The research work is based in Dorset House labs and is supported by a wide network of talented people within BU as well as our undergrad and post-grad students.

BU research will be prominent  at UK Kidney Week this summer in Liverpool. The conference is led by the Renal Association with the International Society of Nephrology (ISN) and the British Transplant Society (BTS). We’re delighted to have been invited to speak at the conference, which is a great opportunity to showcase our research as well as BU’s commitment to developing biomedical research themes. We’re also contributing several abstracts, detailing collaborations with the Universities of Bristol, Oxford and Osnabruck, Germany. The work focuses on the molecular cell biology of human podocytes, cells critical for our kidney’s role in blood filtration. When podocytes ‘fail’, kidney failure ensues.

The work, was primarily funded by a Kidney Research UK Innovation Award and a British Heart Foundation Fellowship.