Congratulations to Dr. Preeti Mahato in the Centre for Midwifery, Maternal & Perintal Helath (CMMPH) on the acceptance of the  paper ‘ Evaluation of a health promotion intervention associated with birthing centres in rural Nepal’.   This paper is part of Dr. Mahato’s PhD work and will appear soon in the international journal PLOS ONE.   The journal is Open Access so anyone across the world may copy, distribute, or reuse these articles, as long as the author and original source are properly cited. 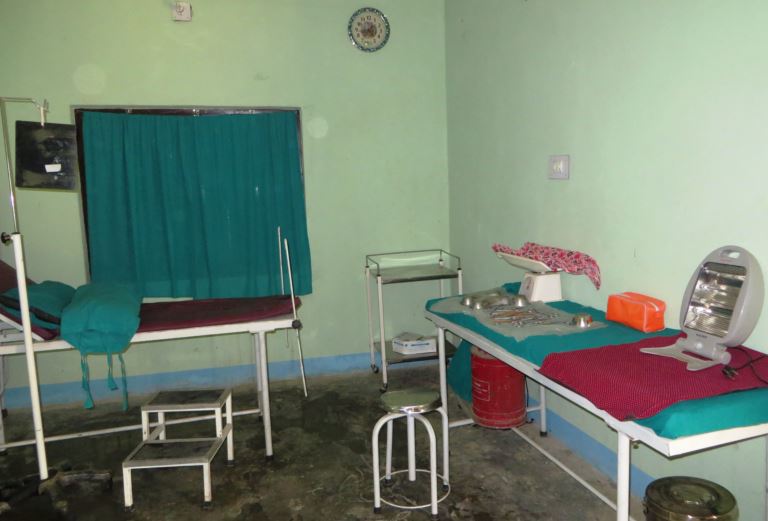 The intervention was financially supported by a London-based Buddhist charity called Green Tara Trust.   The results of the pre- and post-intervention surveys were compared to identify statistically significant changes that might have occurred due to the intervention and also to determine the factors affecting place of birth.   This study is co-authored by Professors Edwin van Teijlingen and Vanora Hundley and Dr Catherine Angell from CMMPH and FHSS Visiting Professor Padam Simkhada (based at the University of Huddersfield).

END_OF_DOCUMENT_TOKEN_TO_BE_REPLACED our various research projects on health and migration in Nepal.  The research meeting was held in a hotel in central Kathmandu.  More than seventy people turned up, in fact more people than had registered so the kitchen had to add to the lunch buffet at short notice.  The chief guest was the Deputy Speaker of the Nepal’s Federal Parliament, Shivamaya Tumbahangphe.  Dr. Tumbahangphe  was the first female MP in Nepal with a PhD (in Political Sciences).  She is speaking on the photo right, standing next to BU’s Dr. Bibha Simkhada.
The event was organised jointly with Liverpool John Moores University, Green Tara Nepal, and POURAKHI Nepal.   the latter is an organisation of women migrant workers established in 2003. Nearly one-seventh of the world’s population is now living in a location different from the one in which they were born. Some 3.5 million Nepali are working as migrant workers in the Gulf countries, Malaysia, and India, contributing nearly one-third of the Nepal’s gross domestic product. Despite Nepal’s long history of work-related migration, the national dialogue has only recently become more prominent. Migration has become a political as well as a social issues, for example, we see migration mentioned in the national media on a daily basis.  Our meeting was reported on TV and in an English-language newspaper The Himalayan Times on January 6th (to read article click here!). The main conference organisers Dr. Catherine Angell and Dr. Sue Way from CMMPH said afterwards that the success of the conference means that CMMPH will organise a third midwifery education conference run for and by educators in three years’ time. Yesterday, on the first day of BU’s Festival of Learning, we organised a debate on breastfeeding in society. The debate was structured around the motion “This house believes that: Breastfeeding is over-rated and unpopular.”

In favour of the motion argued Dr. Ann Luce from the Faculty of Media and Communication (FMC)  and Prof. Edwin van Teijlingen from the Centre for Midwifery, Maternal & Perinatal Health (CMMPH) in the Faculty of Health & Social Sciences (FHSS). Before the debate started Prof. Vanora Hundley (CMMPH) asked the audience to vote on the motion.  At this first vote the audience overwhelmingly voted against the motion (86%). After the presentations of the four debaters the audience was asked to vote again and this time the against vote had dropped to 71%.  Prof. Hundley then opened up the debate to the wider audience and, after an occasionally heated debate, the audience were asked for their final vote.  On this final occasion 85% voted against.

There was a general agreement that breastfeeding beneficial for both mother and baby and hence that it was not over-rated.  There appeared to be sympathy for the view that breastfeeding was not popular, or at least not as popular as it should be, considering how good it is! Congratulations to Sheetal Sharma, postgraduate student in the Centre for Midwifery, Maternal & Perinatal Health (CMMPH) whose latest paper on the process of the research in her PhD fieldwork was accepted today by the Journal of Asian Midwives [1].  Sheetal used an innovative mixed-methods evaluation which was applied to a long-running maternity intervention in rural Nepal. The intervention has been supported for nearly seven years by Green Tara Trust, a Buddhist charity based in London.  Sheetal’s supervisors are supervisors are Prof. Vanora Hundley, Prof. Edwin van Teijlingen, Dr. Catherine Angell (all in CMMPH) and Prof. Padam Simkhada, who is Visiting Faculty in the Faculty of Health & Social Sciences and based at Liverpool John Moores University.

This paper is part of a larger body of health research work conducted by CMMPH in Nepal.