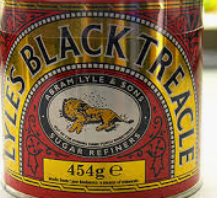 Prof. Bhimsen Devkota will be presenting our paper ‘Challenges and Dilemmas in Conducting Conflict Research During Armed Violence: Lessons Learnt from Fieldwork in Nepal’ at a conference tomorrow.  The two-day Nepal Research Conference on Peace, Justice and Inclusive Society will be held in Lalitpur, Nepal.  Bhimsen was my PhD student at the University of Aberdeen and he is now based at the leading government university in Nepal, Tribhuvan University. He studied the role and motivations of Maoist health workers in Nepal who were part of the insurgency against the government /king (1995-2006).  We published four papers on his exciting fieldwork [1-4].

During the conflict the Maoist recruited their own health workers to treat combatants (Bandage) and to provide limited services to the communities under their control.

However, there was no systematic information on numbers, their abilities/ skills, experience and career motivations and their integration strategies in the subsequent peace process.  During his fieldwork in rebel controlled areas Bhimsen had to use all his social and emotional skills to get the research done.  He is the only PhD student I have ever supervised who was put a gun to his head during his fieldwork.  Our paper is highlighting some of these real-life research issues, including gaining trust and having an identity acceptable to the research participants.

Budget: There was very little about HE in the budget this time, as expected, apart from the announcement of the outcomes of the consultations on PG doctoral loans and part-time maintenance loans (see below). The announcement of a £300m fund for brightest and best research talent, including for 1,000 new PhD places and fellowships focused on STEM subjects has been widely welcomed across the sector. There were lots of announcements about technical education

Postgraduate doctoral loans: the government response has been published to the consultation which took place earlier in the year. BU responded to this consultation.

Part time maintenance loans: The government has issued their response to the consultation earlier this year. BU responded to this consultation.

Higher Education and Research Bill and the TEF: the House of Lords have used the third reading of the TEF to make a number of amendments to the HE and Research Bill against the government. The Vice-Chancellor has blogged on the BU Research blog about what this means for the TEF. It is not at all clear what will happen next – if the amendments are not reversed, then TEF will go back to the drawing board in terms of what the OfS would do with it– but that would not affect the HEFCE- run year 2 process that has already started.   Other amendments include one that requires universities to ensure that students are registered to vote as part of student registration. The debates in the Lords on the bill continue next week – more amendments are to come including more on migration and loans (including Sharia compliant finance), cheating, Prevent and UKRI.

New DLHE: HESA have responded to the enormous consultation on the DLHE last summer (over 130 questions) with a second one, which sets out their proposals for the new version of DLHE and asks for responses by 7th April  – this one is much shorter (only 6 questions plus a space for more comments).  We’ll be preparing an institutional response. Data will not be available until 2020.

Caroline Lucas MP asked a question in Parliament this week: Whether it is his policy to seek for the UK to remain a member of the Bologna Process after the UK’s withdrawal from the EU; and whether he plans that UK university degrees will be considered compatible with degrees in EU member states under the Bologna Process following the UK’s withdrawal from the EU. [66647]

Jo Johnson MP replied “The Bologna Process, which created the European Higher Education Area in 2010, is an intergovernmental agreement among 28 countries in the European region. It is not an EU body and therefore UK membership will not be affected by the UK’s departure from the EU.” BU PhD student Anita Immanuel has been invited to speak at the 4th Annual Saudi Hematology/Oncology Nurses Meeting in Jeddah, Saudi Arabia this Saturday (May 7th).  Anita’s Ph.D. study examines the quality of lives of adults who have survived cancer of the blood or lymphatic system. Patients with haematological cancers have frequently reported lack of care-coordination as an unmet need following their intensive treatment.  With the increase in the number of cancer survivors and possible long-term side effects that could impact on the quality of life, it is important to have (a) good post-treatment follow up; and (b) seamless coordination between health care providers. Dr. Helen McCarthy (The Royal Bournemouth and Christchurch Hospitals NHS Foundation Trust), Anita’s clinical Ph.D. supervisor at congratulated her on this invitation. Dr. McCarthy said: “This talk in Saudi Arabia gives Anita the opportunity to present some of her preliminary Ph.D. findings.” Public engagement is a brilliant way to enhance your skills as an academic, and also to get a new perspective on your research.  A good public engagement event should encourage a two way dialog and the goal should be mutual benefit.  As the Public Engagement Officer here at BU my role is to support you in delivering your research to the public and ensuring you get something out of it as well!  Here are a few upcoming opportunities (with a variety of audiences!) that may interest you.  To find out more about any of these opportunities, or to find out more about public engagement in general please do get in touch.

The Festival of Learning is running from the 11th-17th July and the deadline for proposals is 12 noon on the 19th December.  The festival is open to anyone to submit events, including academics, professional services and students (both undergraduate and postgraduate).  Previous events have involved everything from short lectures to whole days spent out on an archaeological dig. To find out more about the festival and about how you can apply click here.

Festival of Learning on Tour We run on tour events throughout the year however the majority take place over the summer.  We’re next going out on tour between the 11th-13th December to be part of the Bournemouth Christmas Market.  A good activity would be something interactive that’s quick for the public to engage with, on average each engagement last 5 minutes, but gives them a snapshot of your research.  We’re still looking for people to join our on tour team for December’s events.  This can be a great opportunity to trial an idea with us for as and you can come along for as little as half a day or the whole thing.  Email me to find out more.

Explora Science are a charity looking to set up a Science and Discovery Centre in Poole.  In order to trial run the centre they are setting up a pop up shop in Poole in February, in which they will put on a number of interactive activities.  They need volunteers to help encourage visitors to explore exhibits further. For example, prompting them to push the right button and explaining why things work the way they do.  The event is running for two weeks (9th-20th) and they need volunteers who can do a minimum of 3 days in that period.  In exchange for volunteering they will cover travel expenses, and also provide you with valuable science communication training. Find out more about Explora Science on their website or email me to find out more about the opportunity.

Famelab is an international competition aimed at finding the best new voices in science and engineering in which contestants have just three minutes to pitch a scientific concept.  The Bristol heat is taking place 10th December at 7pm.  Click here to find out the details and let us know if you’re competing and we can help with your travel expenses.

Café Scientifique happens monthly in Boscombe and involves giving a short presentation and then having a discussion with the audience.  Take a look at the website for an idea of past events and email if you’d like to run a session.

The U3A are interested in a public lecture day at the University.  This is likely to take place in April and will involve several speakers throughout the day – possibly around a theme.  Let us know if you’d like to be involved or wish to engage with this over 50’s age group.