Congratulations to Dr. Pramod Regmi (Lecturer in International Health) in the Department of Nursing Sciences on today’s publication of ‘The unmet needs for modern family planning methods among postpartum women in Sub-Saharan Africa: a systematic review of the literature’ [1].  The paper in the international peer-reviewed journal Reproductive Health is co-produced with BU MSc Public Health graduate Jumaine Gahungu and Dr. Mariam Vahdaninia who left the Faculty of Health & Social Sciences in mid-2020. 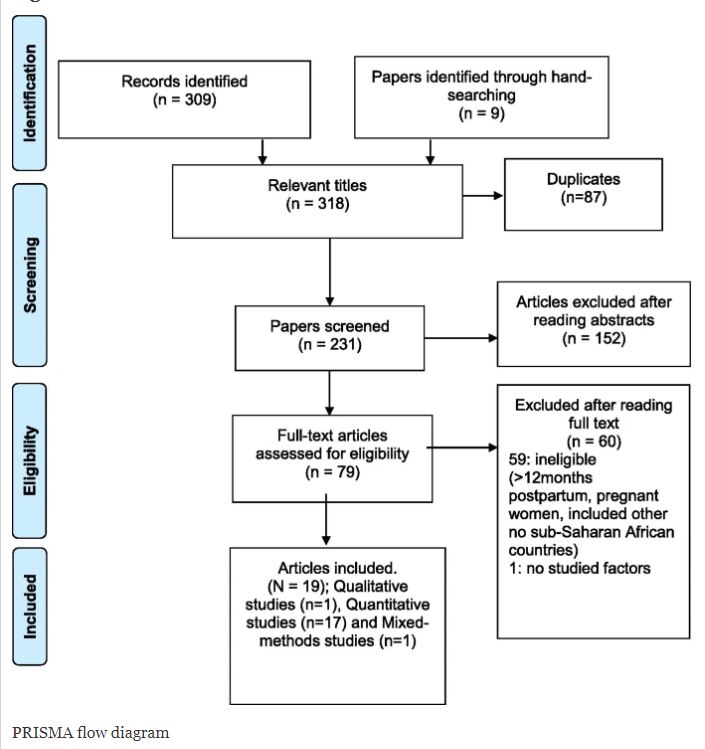 In the last week of May the Journal of Advanced Internal Medicine published our paper: ‘Impact of COVID-19 on community health: A systematic review of a population of 82 million‘ [1].  As we know relatively little about  the COVID-19 we conducted a  review of the literature on the impact of COVID-19 on community health. The review found limited evidence in support of quarantine to prevent COVID‐19, most studies considered quarantine as an essential public health measure to minimize rate of infection and mortality. Under these circumstances, people should focus on maintaining personal hygiene, proper nutrition, and extreme social distancing to reduce the risk of COVID-19. Besides, that there is a need to provide professional psychological support to reduce mental ill-health. In addition we have highlighted two different public health approaches in South Asia, namely Nepal and India. 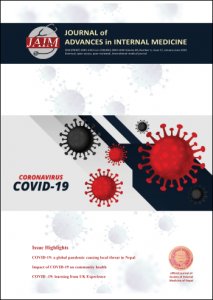 This is not the first Faculty of Health & Social Sciences (FHSS) health science publication on COVID-19, earlier this year saw the publication of a blog for the Healthy Newborn Network  [2], a letter on the increased risk of COVID-19 to BAME (Black, Asian and  Minority Ethnic) communities in the BMJ [3], and a paper on the public health implications of COVID-19 [4].

The Journal of Advanced Internal Medicine is Open Access and hence freely available to anyone with an internet access and it is part of Nepal Journals Online (NepJOL) which provides online publication of Nepalese journals.

Congratulations to Orlanda Harvey, PhD student in the Faculty of Health & Social Sciences on her PhD publication “Support for people who use Anabolic Androgenic Steroids: A Systematic Scoping Review into what they want and what they access” in the Open Access journal BMC Public Health [1].  Since there is a paucity of research on support for people using Anabolic Androgenic Steroids (AAS), this article searched and synthesised the available evidence in this field. Gaining an understanding of the support both accessed and wanted by recreational AAS users will be of use to professionals who provide services to intravenous substance users and also to those working in the fields of public health and social care, with the aim to increase engagement of those using AAS.

This systematic scoping review identified 23 papers and one report for review, which indicated that AAS users access a range of sources of information on: how to inject, substance effectiveness, dosages and side effects, suggesting this is the type of information users want. AAS users sought support from a range of sources including medical professionals, needle and syringe programmes, friends, dealers, and via the internet, suggesting that, different sources were used dependent on the information or support sought.

The authors argue that AAS users tended to prefer peer advice and support over that of professionals , and access information online/specialist fora, reflecting the stigma that is experienced by AAS  users. These tendencies can act as barriers to accessing services provided by professionals.  The paper concludes that support needs to be specific and targeted towards AAS users. Sensitivity to their perceptions of their drug-use and the associated stigma of being classified in the same sub-set as other illicit drug users is relevant to facilitating successful engagement.

Looking forward to our annual Systematic Review Masterclass at Bournemouth University which will be starting tomorrow February 14th.  This year for the first time we have renamed it a ‘Systematic Review to Inform Clinical Practice’ as it is not only a free-standing masterclass but also a level 7 unit of Continuing Professional Development and Training .  This year we aim to provide students with the opportunity to choose an area of interest and undertake an in-depth, independent study in the form of a systematic review, focusing on a negotiated aspect of clinical practice.  Prof. Vanora Hundley and I had published over twenty systematic reviews (or papers about systematic reviewing) over the past two decades. [1-21]  The unit will have input from BU’s Academic Liaison Librarian, Caspian Dugdale, and BU academics such as Dr. Bibha Simkhada, Lecturer in Nursing. The review reminds us that sex trafficking is one of the most common forms of human trafficking globally. It is associated with health, emotional, social, moral and legal problems. The victims of sex trafficking when returned home are often ignored. This review explored the health consequences of sex trafficking among women and children.  A total of 15 articles were included covering health risks and well-being related to sex trafficking. Sexual and physical violence among victims such as rape and repetitive stress and physical injuries were common. The prevalence of STI (sexually transmitted infections) and HIV (human immunodeficiency virus) was also reported as high. Being trafficked at a young age, having been in brothels for a longer period and sexual violence and forced prostitution were linked with a higher risk for HIV infection. Physical health problems reported included headaches, fatigue, dizziness, back pain, memory problem, stomach pain, pelvic pain, gynaecological infections, weight loss, lesions or warts, unwanted pregnancies and abortions. The studies on mental health reported that depression, anxiety and post-traumatic stress disorder (PTSD) were commonly reported health consequences among sex trafficking victims.

The authors of the review concluded that there is a compelling need for interventions raising awareness about sex trafficking among young girls and women most at risk of being trafficked. Most studies in this review have focussed on the physical health problems of the trafficked victims although there is also remarkable mental burden amongst those victims. Key policy makers, government officials, public health officials, health care providers, legal authorities and non-governmental organisations (NGOs) should be made aware about the health risks and consequences of trafficking. Trafficking consequences should be recognised as a health issue and all the sectors involved including regulating bodies should collaborate to fight against sex trafficking

Related research in this field at Bournemouth University include the Sexual Spaces Project by Prof. Mike Silk and Dr. Amanda De Lisio on ‘Rio’s sex workers after the Olympics’ and the The Gay and Grey Project, funded through a Big Lottery Grant and led by Prof. Lee Ann Fenge. The American Journal of Men’s Health published our latest paper on obesity prevention in men.  The paper ‘Clinical Effectiveness of Weight Loss and Weight Maintenance Interventions for Men: A Systematic Review of Men-Only Randomized Controlled Trials (The ROMEO Project)’ originates from a collaboration between BU and various universities in Scotland, led by the University of Aberdeen [1]. The paper concludes that weight loss for men is best achieved and maintained with the combination of a reducing diet, increased physical activity, and behaviour change techniques. Strategies to increase engagement of men with weight loss services to improve the reach of interventions are needed.  This paper is the thirteenth paper from a large NIHR grant [2-13].

The American Journal of Men’s Health is an open access, peer-reviewed resource for cutting-edge information regarding men’s health and illness. It is, however worth noting that although our paper is formally published in July 2017 it has been online for two years!  The journal’s website states clearly that the article was first published online on June 30, 2015 BUT the issue in which it appears is published is July 1, 2017!

Today the African Health Sciences informed us that the paper we submitted last year based on Marilyn Ochillo’s excellent MSc dissertation has been accepted for publication. [1]  The paper “Influence of faith-based organisations on HIV prevention strategies in Africa: a systematic review” will appear online soon.  Marilyn’s MSc work was supervised by Dr. Martin Hind and Professor Edwin van Teijlingen. Congratulations to Janet Scammell, Vanessa Heaslip and Emma Crowley in FHSS on their new publication which appeared at the very end of 2015.  Their most recent paper is the first systematic review of service user involvement in non-mental health specific preregistration  nurse education.  The paper ‘Service user involvement in preregistration general nurse education: a systematic review’ is published in the current issue of the Journal of Clinical Nursing. [1]