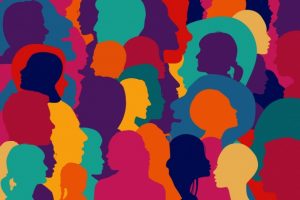 Background: People with the cognitive disorder prosopagnosia cannot recognise faces, which can severely affect their everyday lives. In 2012, BU launched the Centre for Face Processing Disorders (CFPD), led by Professor Bate, to investigate the condition. Bate began by conducting a large-scale investigation of face recognition difficulties in primary school children, which showed that, despite low awareness of the condition, prosopagnosia is more common than other, better-known developmental disorders such as ASD. BU researchers interviewed adults with the condition and parents of children displaying face recognition difficulties, which enabled them to develop a detailed analysis of the strategies people use to cope, and subsequently to create the first evidence-based list of recommendations for managing prosopagnosia.

The impact: In 2014 – following a House of Commons roundtable discussion where the BU team presented their research findings – the NHS formally recognised the condition. Subsequently, the first ever page on prosopagnosia was launched on the NHS Choices website, under the A-Z of conditions. It links directly to the CFPD, and more than 20,000 people worldwide have used the resources. The vast media interest in Bate’s work increased substantially in the months after NHS recognition, with coverage of prosopagnosia in high-profile outlets such as The One Show, The Times, ITV News and Scientific American leading to raised public awareness and hundreds more people seeking a diagnosis. The NHS webpage also promotes Bate’s behavioural intervention techniques for improving face recognition skills. This unique resource offers the only known opportunity (globally) for prosopagnosic children to access an amelioration programme, and has reached participants from the UK, USA and Australia. Analyses show improvement in face recognition following 10 sessions of training compared with controls, with stronger improvements in children than adults, while parental feedback is very positive, suggesting that improvements transfer to everyday life. 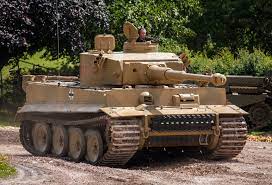 Background: BU’s Condition Monitoring, Analysis and Prediction model (CMAP) develops reliable estimates of large engineering structures’ performance and vulnerability, by using improved simulations based on experimental observations and data. In 2009, Khan’s team began a collaboration with the Tank Museum, with the aim of implementing a framework to monitor and, ultimately, slow down structural deterioration. Initial experimental investigations analysed tanks’ corrosion and wear failures and provided valuable data to develop precision-based mathematical models to predict and prognose failures in military vehicles. The first prototype was commissioned by the Tank Museum and installed on two historically important battle tanks. This led to a patented novel sensor design and the development of a framework of remote sensing techniques, which were used to predict failures such as corrosion, deterioration, cracking, chipping, coating and significant wear and erosion. Combined with novel maintenance-scheduling algorithms, this enabled identification of the best time to perform maintenance, in terms of safety and cost.

The impact: The Tank Museum, which attracts 200,000 visitors a year, houses one of the most important collections of its kind in the world. It applied BU’s novel conditioning method – now patented – to significantly increase the lifespan of its vehicles and preserve them for future generations. The Tiger 131 (pictured) is one of only seven Tiger 1 tanks surviving worldwide and, thanks to the BU-Tank Museum collaboration, is currently the only one restored to running order. Following its improved performance, the tank was featured in the 2014 film Fury, which received widespread praise from critics for its realistic depiction of WWII. Increased public interest prompted the museum to hold special ‘Tiger Days’, which have taken place on a biannual basis since 2013. Thousands of spectators come to see the Tiger 131 and other iconic tanks. The increased visitor numbers have brought commercial benefits to the museum, contributing to the annual turnover of more than £20m, while the remote-sensing technology is helping to reduce inspection and maintenance costs. The research data was also critical in securing £2.5m in Heritage Lottery funding to build the museum’s Vehicle Conservation Centre, which established optimal preservation and operating conditions for heritage vehicles, and is defining best practice for museums worldwide.

Next post: restoring consumer trust in the insurance industry & a collaboration between art and science